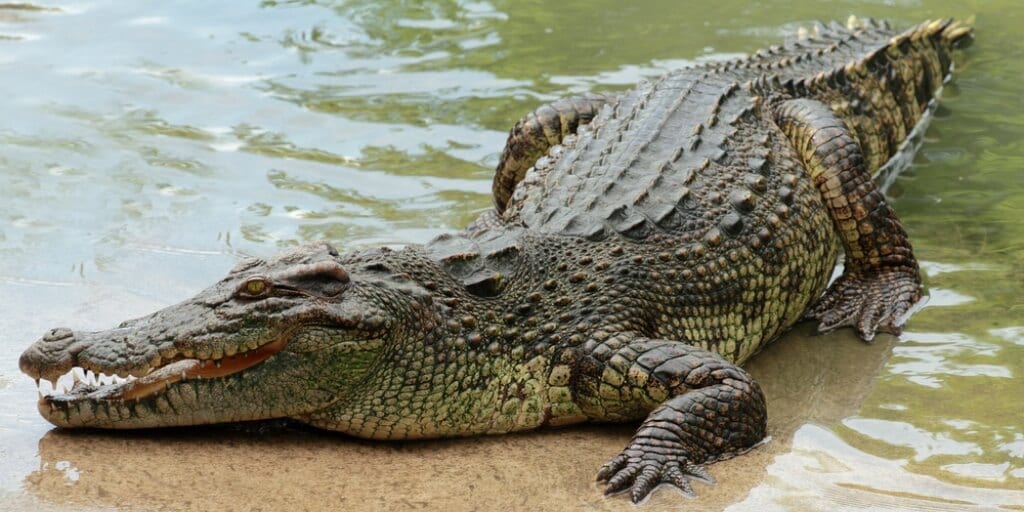 American Express joins other retailers including Burberry, Calvin Klein, Chanel, Nike, Tommy Hilfiger, and UNIQLO in banning the use of exotic skins.

American Express has finally announced that it has removed crocodile skin items from its online Membership Rewards store.

In fact, the company even received more 300,000 messages from PETA supporters urging it to stop supporting the exotic animal skin trade.

Exposé of the exotic-skins industry

PETA has conducted a string of investigations to expose cruelty to animals in the exotic-skins trade around the world.

In one video exposé, PETA showed how tens of thousands of crocodiles in Vietnam were horrifically raised and violently killed to make “luxury” leather bags for top brands.

Captured footage revealed crocodiles confined to small concrete pits before workers electrocuted them, slit their necks and rammed metal rods down their spines. Many were skinned while they’re still moving and bleeding.

‘Tide is turning against exotic skins’

Post the investigations, many high-profile designers and fashion houses including Calvin Klein, Chanel, Nike, Tommy Hilfiger, and UNIQLO have banned exotic skins from their designs.

Burberry joined the list in May after confirming the move in its fiscal year 2022 earnings’ call.

“And as a modern luxury brand, I am pleased to confirm today that we have banned the use of exotics in future collections, building on the commitments we made a number of years ago to go fur-free,” chief operating and financial officer Julie Brown said at the time.

Acknowledging the growing trend towards humane fashion, PETA said: “The tide is turning against exotic skins, and it’s clear that people—especially young consumers—don’t want to support industries that abuse animals.”

The charity added that a recent survey by Glamour magazine found that approximately 73% of Generation Z members identified as animal rights activists.

“PETA US is celebrating this compassionate move and reminding everyone that for every bag, belt, or pair of boots made out of the skin of a crocodile, an intelligent and sensitive animal endured a horrific death.”