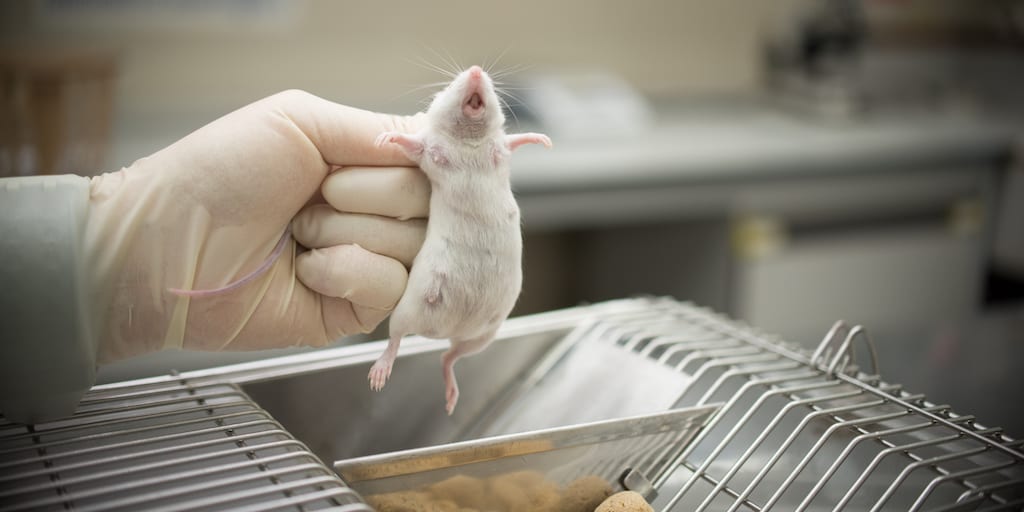 “This is a huge step forward for animal welfare in Canada.”

Canada is set to become the latest country to ban cosmetic testing on animals following in the footsteps of more than 40 other countries that have already outlawed the controversial practice.

Health Minister Jean-Yves Duclos is expected to update the changes to the federal Food and Drugs Act, which would also prohibit the sale of cosmetics that were tested on animals, Health Canada confirmed.

The decision follows years of campaigning by MPs, and an election pledge by the Liberals to take action on the issue.

Liberal MP Nathaniel Erskine-Smith commented on the delays in implementing the Canadian ban. He said: “We are finally in a place where industry and animal welfare advocates are on the same page.”

The federal government is also looking to reduce animal testing in other areas. In a notice last week Health Canada and Environment and Climate Change Canada said they intend to “reduce reliance” on the practice and are working to use proven animal –free alternatives for new chemicals and drugs.

“The Department is developing a proposal to ban cosmetic testing on animals and continues to support the development and use of alternative methods to animal testing for other products or uses,” Health Canada said in a statement.

The move has been welcomed by animal rights advocates. “This is a huge step forward for animal welfare in Canada,” a spokesperson for the Canadian Coalition for Animal Protection said.

“Testing cosmetics on animals is cruel and unnecessary, and we are thrilled that the government is taking action to end this practice.”

Darren Praznik is the president and chief executive of Cosmetics Alliance of Canada, which represents Canada’s cosmetics and personal care products industry.  He said the organization is “fully supportive” of a ban.

“All the stakeholders, including industry, have worked very hard over the last several years to advance a cosmetics animal testing ban in Canada, including aligning on the principles with Health Canada to ensure workable legislation,” Praznik said.

“While we appreciate the delays due to the pandemic, it is time for the government to finally get this done.”

Health Canada added that the proposed changes will not come into effect before August 2023 and will first go through a broad consultation before finalization. , and companies will have a transition period to ensure that their products comply with the new legislation. The government has also announced that it will be providing support to companies to help them transition to non-animal testing methods.

More than 40 countries, including Britain, have already banned animal testing of cosmetic products as have a number of US states, including California, Maine, Virginia, and Louisiana.

Consumers are increasingly concerned with the environmental and ethical context of their purchases and the cosmetic industry is complying with the increased demand for more ethical and eco-friendly products.

A new report by MarketGlass estimated that the global vegan cosmetics market will cross $21 billion by the year 2027.

The research firm indicated that the industry, currently worth a whopping $15.1 billion, will grow at a CAGR of 5.1% over the next seven years.

It lists China, US, Japan, and Canada as key players that will drive the market’s worth.