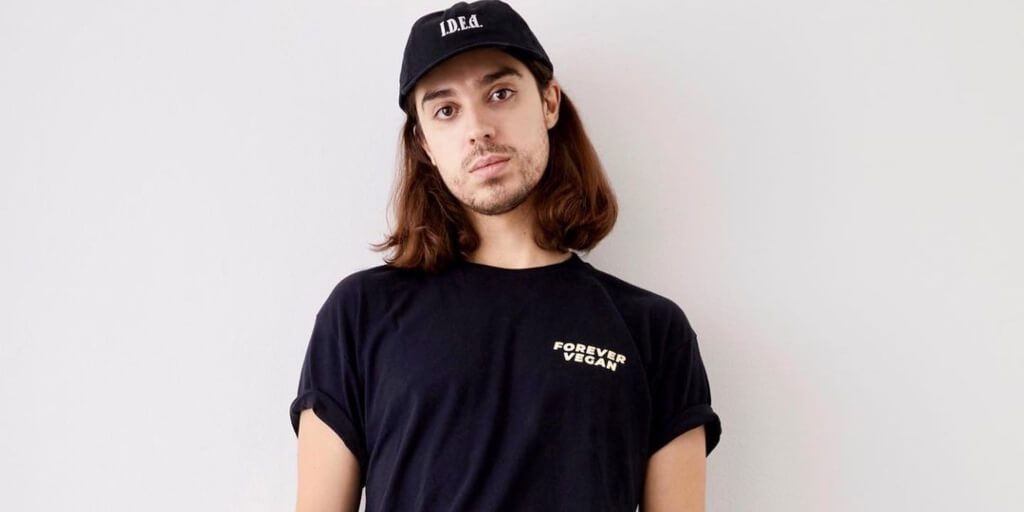 “I.D.E.A Studios exists to communicate the message of veganism across the globe. There has never been a more important time to say “I don’t eat animals.”

Based in Canada, I.D.E.A. Studios – which stands for the acronym for ‘I don’t eat animals’ – is on a mission to help end animal suffering and spread the message of animal rights across the globe.

All garments under this label are made using organic cotton and materials derived from recycled plastic bottles. All inks and finishing processes are animal-free.

Moreover, the brand is committed to eliminating single-use plastics, which are a tremendous source of environmental destruction. Whenever possible, the packaging used are all paper derived from recycled contents locally sourced in Canada.

Furthermore, Ed’s company has committed to working with manufacturers who share its ethos of making cruelty-free, high-quality sustainable products at fair prices.

The brand has partnered with only those who have abided by the philosophy of ethical clothing production and have been independently audited and granted certifications to ensure the working conditions at their facilities are hospitable, ethical, and conducive to a positive working environment.

“We believe in making ethical, sustainable streetwear that doesn’t exploit humans or animals. We want to spread the message of animal rights across the globe by creating clothes that you’ll absolutely love to wear,” the brand states on its website.

Ed in an online statement added: “I am so happy to finally be able to show you what it is I’ve been working on, it’s definitely a little different to what I’m used to but I’ve loved the process of designing these clothes so much.

“I really hope that you love them and feel proud wearing ethical streetwear emblazoned with strong messaging.

“Veganism is progress. Not hurting animals for unnecessary and unjustifiable reasons is progress. I.D.E.A Studios exists to communicate the message of veganism across the globe. There has never been a more important time to say “I don’t eat animals.”

This is Ed’s first foray into the fashion world although he has launched several other vegan business enterprises.

He previously co-founded Unity Diner – London’s biggest vegan restaurant – and a chain of plant-based fish & chip shops around the UK called The No Catch Co.

Earlier this year, he debuted his first book ‘This Is Vegan Propaganda & Other Lies the Meat Industry Tells’ – giving a ‘comprehensive breakdown’ on the many reasons for going vegan.

Winters is also regarded as an expert speaker on the subject of veganism. He has spoken at over 1/3 of UK universities and at 6 Ivy league colleges, including as a guest lecturer at Harvard University in both 2019 and 2020.

The launch collection of I.D.E.A Studios is available to shop now.