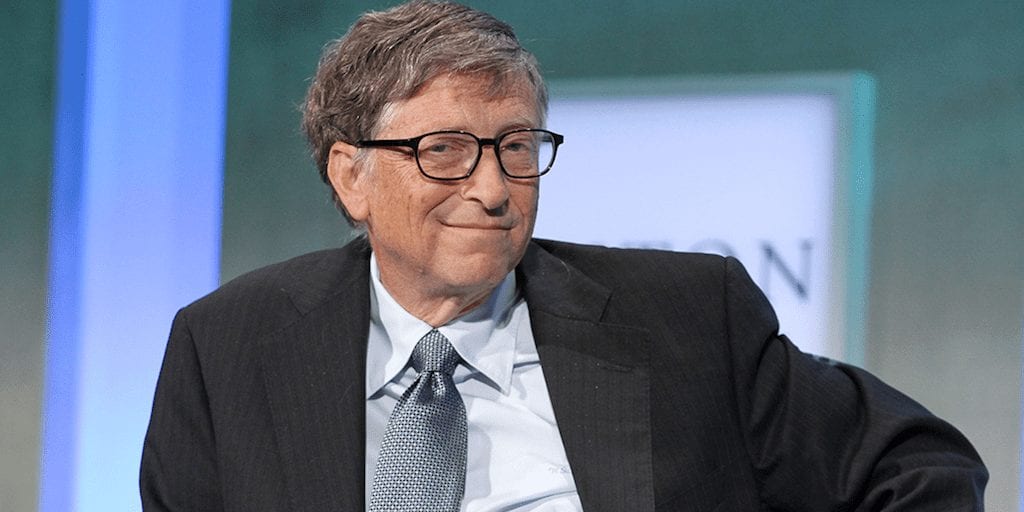 The climate technology startup has developed a feed supplement that could cut 98% of the cows’ methane emissions.

⁠Microsoft co-founder and philanthropist Bill Gates has invested in an Australian start-up that aims to reduce greenhouse gas emissions by targeting cow burps.

Rumin8 has developed a feed supplement from an active ingredient found in red seaweed called bromoform, which has anti-methanogenic properties.

According to the firm’s studies, the supplement could cut 98% of the cows’ methane emissions. Moreover, the feed additive can be produced efficiently and for a low cost to eventually feed to livestock.

“We have been very pleased with the reception we have received from climate impact funds around the world,” Rumin8’s managing director David Messina said in a statement.

“There is a genuine desire to fund solutions to enteric methane emissions from livestock and fortunately for Rumin8, they can see the benefits of our technology,” he added.

Methane is a potent greenhouse gas that contributes significantly to climate change. According to the UN, it accounts for around 30% of global warming that has occurred since the Industrial Revolution. Moreover, in a 2013 report, the Intergovernmental Panel on climate change indicated that methane has 80 times the planet-warming power of carbon dioxide over the first 20 years it is in the Earth’s atmosphere.

Among other solutions proposed to tackle animal agriculture’s contribution to climate change, last year, New Zealand suggested taxing farmers for their cows’ burps and farts as part of a plan to tackle climate change.

The world-first scheme will make farmers account for agricultural emissions in some form by 2025.

Gates and his environmental advocacy

Gates, who has made fighting climate change a major focus of his philanthropic efforts, sees the potential for the technology to have a significant impact on reducing greenhouse gas emissions. In a statement, he said: “The agriculture sector is a significant contributor to climate change, and finding ways to reduce emissions from livestock is crucial for achieving net-zero emissions. I’m excited to invest in Rumin8 and see the potential for this innovative technology to make a real difference.”

In an interview with Michael Fullilove, executive director of the Lowy Institute, an independent think tank in Sydney, Gates said: “We’re invested now in over 100 startups. This one here in Australia, Rumin8, I think it’s the 103rd.”

He has also invested in cultivated meat companies such as Memphis Meats and Finless Foods to push cultivated meat as a way to meet the increasing demand for protein without the environmental impact of traditional animal agriculture.

Share this story: Bill Gates invests in a start-up trying to stop cows from burping methane.