Climate change at ‘point of no return’ warns Jane Goodall 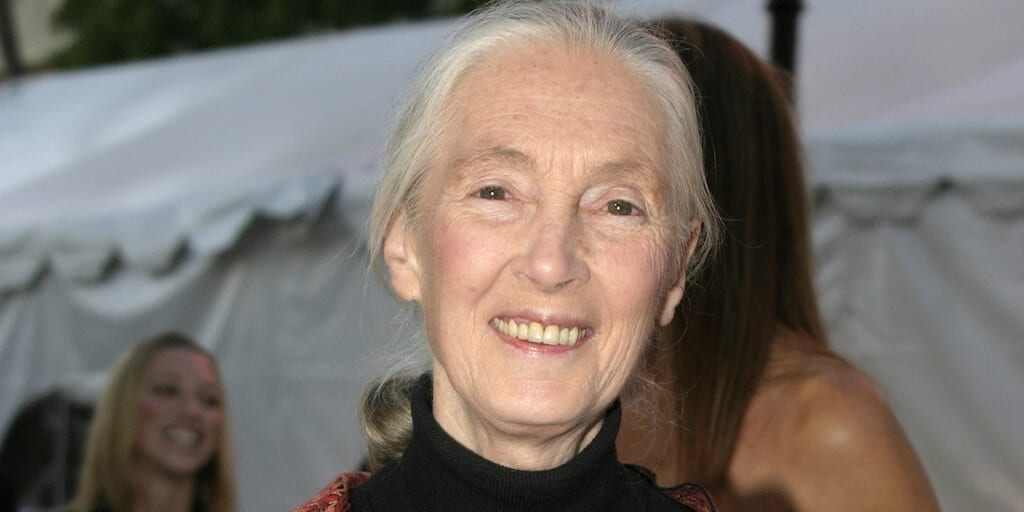 The world-renowned ethologist said: “Look around the world at what’s happening with climate change. It’s terrifying.”

Dr Jane Goodall has warned that the ‘Earth’s climate is changing so quickly that humanity is running out of chances to fix it’.

The world-renowned ethologist, best known for her groundbreaking work with chimpanzees, made the comment on the sidelines of a celebration of her $1.3 million Templeton Prize.

The annual award is in recognition for an individual whose work harnesses science to explore the questions facing humanity.

“We are literally approaching a point of no return,” the 88-year-old environmentalist told AFP in Los Angeles.

“Look around the world at what’s happening with climate change. It’s terrifying.

“We are part of the natural world and we depend on healthy ecosystems.”

Although Goodall acknowledged that there have been some changes for the better over recent decades, she stated that they didn’t go far enough.

“We know what we should be doing. I mean, we have the tools. But we come up against the short-term thinking of economic gain versus long-term protection of the environment for the future,” she said.

“I don’t pretend to be able to solve the problems that this creates because there are major problems. And yet, if we look at the alternative, which is continuing to destroy the environment, we’re doomed.”

Jane Goodall’s work over the decades

Goodall is one of the most inspiring primatologists in the world. Her pioneering six-decade study of chimpanzees in Tanzania has not only transformed our understanding of chimpanzees but also redefined our relationship with our animal cousins.

Apart from chimpanzees and climate conservation, Goodall has passionately pushed for other causes including veganism and alternatives to traditional animal meat.

To honour her commitment to humanity and the planet, toy manufacturer Mattel recently launched a Barbie doll modelled after her as part of its “Inspiring Women” series. She has also been immortalised as a Lego figure.

Commenting at the launch of the Goodall doll, the activist said: “I hope that Barbie, with her little binoculars and notebooks, will encourage children to go out in the environment and explore.

“Once little children get out into nature, they become fascinated, and then they want to learn. And when you do that, then you want to protect it.”

The doll brand on its social channels added: “Since Dr. Jane Goodall’s historic journey to Tanzania at age 26 to study chimpanzees in their natural habitat, she has paved the way for generations of future humanitarian leaders to forge their own path. Her life-long work as a renowned ethologist, conservationist, and animal advocate, has been a tour de force of compassion and a benefit to our entire planet.”

Share this story: Climate change at ‘point of no return’ warns Jane Goodall.