Dakota Johnson was just called out for starring in Gucci’s new handbag campaign. Here’s why 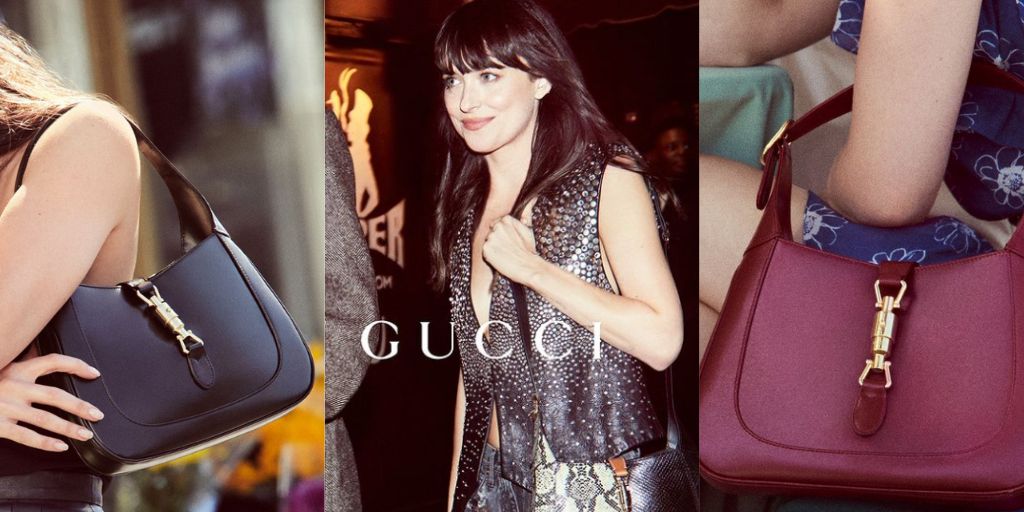 Animal activists were disappointed with Johnson for modelling snakeskin bags for Gucci.

Dakota Johnson has been called out over her latest Gucci campaign that uses reptile skins.

Johnson was recently named ambassador for Gucci’s Jackie 1961 series of handbags, and was seen with highly priced handbags that are reportedly made of python and crocodile skins, worth $52,000 a bag.

Vegan charity PETA pointed out the industry’s flaws in a letter to the actress.

“Crocodiles killed for their skins are often kept in filthy, crowded tanks on crocodile farms,” the letter read.

“Workers have been documented electro-shocking crocodiles then attempting to kill them by cutting their necks and ramming metal rods down their spines.”

PETA further explained that hunters invade snakes’ homes, often nail them to trees and then skin them alive before tossing them into a pile to die.

“Snakes can suffer for days before succumbing to shock or dehydration,”  the organisation added.

Say No to exotic-skin fashion

The Celebrity Outreach Principal, Jessica Shotorbani,  has called on the  actress to “pledge to stop wearing as well as promoting exotic-skin fashion items and trade them out for vegan substitutes.

“There’s really no excuse to support such a violent industry.”

This is not the first time the Italian fashion house has been called out by animal rights organisations.

Last January, Gucci was slammed for using tigers in a photoshoot.

A slew of companies including Chanel, Jean Paul Gaultier, Burberry, and Carolina Herrera have banned exotic skins. Others have been using innovative alternatives such as pineapples, mushrooms, apples, and cacti  to meet the growing demand for sustainable, animal-friendly products.

Caption: Dakota Johnson was just called out for starring in Gucci’s new handbag campaign. Here’s why.