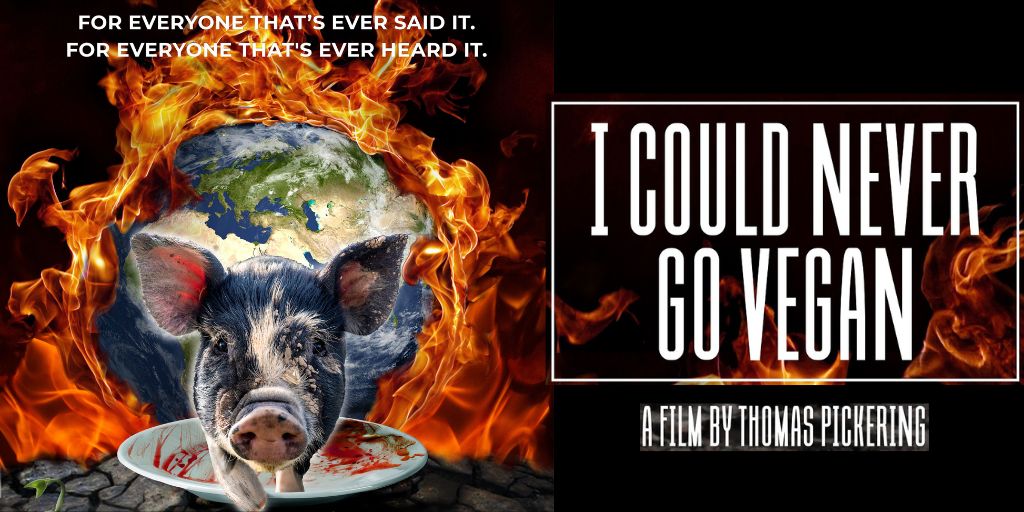 Image: I Could Never Go Vegan

The documentary explores the various common arguments against veganism, why they exist, and whether they are justified.

A new documentary is investigating five words spoken around the world by so many non-vegans –  I Could Never Go Vegan.

The new feature documentary is touted as the next Game Changers meets Cowspiracy.

Produced by brothers Thomas and James Pickering, the film sets out to investigate the leading reasons why people refuse to stop eating animals. It also aims to tackle these reasons head-on and ask the world whether any of them are justified.

“I’ve never eaten meat. But it seems every other day a new argument pops up against veganism,” Pickering told Totally Vegan Buzz.

“This led me on a path to find out why so many people had opposing views to the movement, and why these arguments exist in the first place. In the film, we ask whether there’s any justification to them, or is there something else at play here?”

Debunking myths and misconceptions around veganism

It explores themes including the health impacts of a meat-focussed diet versus a vegan diet, the environmental impact of animal agriculture, whether it’s possible to be an athlete and eat a plant-based diet – and insight from slaughterhouse workers into both the treatment of animals killed for meat, and the impact this has on those employed to slaughter them.

“We created I Could Never Go Vegan’ to address common themes, myths and misconceptions around veganism, in a way that will draw interest from even the staunchest meat eater,” Pickering added.

“The documentary is an eye-opening look into the key barriers preventing people from reducing their intake of animal products, and what will happen if we continue to eat meat at the current rate of consumption. It’s a must-see for all – whether you’re already vegan, a flexitarian, or think you could never give up steak.”

While the trailer of the documentary launches today (1st November), the film is slated for release in the last week of December.