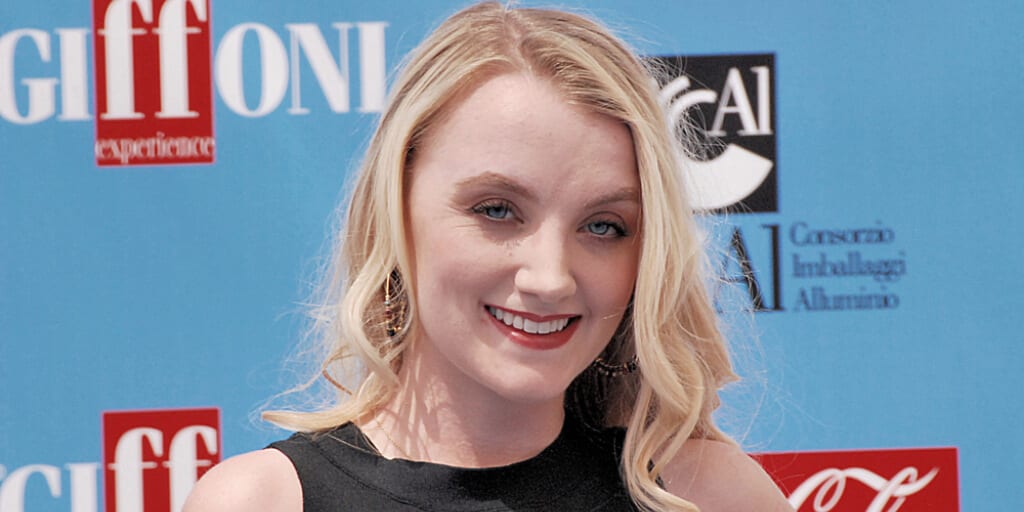 The ‘Harry Potter’ star and best-selling author joins 14,000 In Defence of Animals (IDA) supporters by adding her voice to their letter to King Charles III.

Evanna Lynch is backing calls to transition the late Queen’s royal farm into a sanctuary.

The ‘Harry Potter’ star and best-selling author has joined more than 14,000 In Defence of Animals (IDA) supporters by adding her voice to their letter to King Charles III.

The letter urges King Charles to honour Queen Elizabeth’s affection for animals and ‘make waves of change for thousands of farmed animals on the Royal Estates, and those on factory farms throughout the nation’.

Erin Dobrzyn, from IDA in a statement said: “We are thrilled that Evanna Lynch is among almost 14,000 In Defense of Animals supporters who respectfully endorse this cause.

“Queen Elizabeth II was well known as an animal lover, and out of deference for her legacy, we would be honoured to support King Charles III, a great climate advocate, in allowing the farmed animals on the royal estates to find sanctuary.”

A post shared by In Defense of Animals (@ida_international)

Throughout her seven decades on the throne, the Queen conducted important work to improve the lives of animals. She was a devoted patron of the Royal Societies for the Prevention of Cruelty to Animals in the UK and Australia.

In recent years, the Queen decided she would no longer buy clothing made with animal fur, and issued her Royal Assent to ban cruel animal practices like fur farming, the use of wild animals in circuses, and dogs in hunting practices.

Last year, she additionally issued her Royal Assent for the Animal Welfare (Sentience) Act, recognizing animal sentience in law for the first time.

On his part, King Charles III has spoken on the climate crisis extensively and has encouraged the public to take measures to reduce the collective carbon footprint.

In a 2021 BBC interview, King Charles said that for years, he has made the conscious effort to leave meat off his plate two days a week and avoids dairy products once a week to “reduce his impact on the environment.”

According to IDA, this is a fantastic opportunity for the King to further solidify his commitment to combating the climate crisis and honouring both the sentience of animals and his mother’s legacy.

According to Dairy Herd Management, the late Queen’s Royal Estate also includes a Sussex herd of cows raised for meat, 140 breeding pigs, and over 1,000 hens on 2,000 acres of grassland that feeds the animals on the farm.

The Windsor Farm Shop sells the flesh of animals who lived on the royal estate.

The charity noted that with an abundance of land and resources, the late Queen’s farming estates could be converted into a place of sanctuary where her cows, pigs, and hens could live long, natural lives.

Alternatively, the UK is home to various sanctuaries that have established programs to provide refuge for farmed animals in need, so resources could be made available to the Royal Family if they decide that sending their animals to an established sanctuary would be a better option.

“We are ready to provide resources and connect the royal family with sanctuaries and experts who could help make this potentially historic transition a smooth one,” Dobrzyn explained.

The book changed her perspective and prompted her to “think deeply about humankind’s broken relationship with animals and my own part in upholding the status quo of humans as superior beings.”

Since then, the 31-year-old has actively used her platform to promote veganism and speak up for animals.

She is also the brains behind The Chickpeeps podcast – an award-winning vegan project, where she explores vegan issues and news stories, as well as interviews activists and advocates alongside co-hosts actor/fitness enthusiast Robbie Jarvis, spiritual expert Momoko Hill, and vegan activist Tylor Starr.

The actor is hosting it alongside author and social psychologist Dr. Melanie Joy. The duo aim to ‘have conversations with changemakers about how to create a more just world for people, animals, and the planet’.