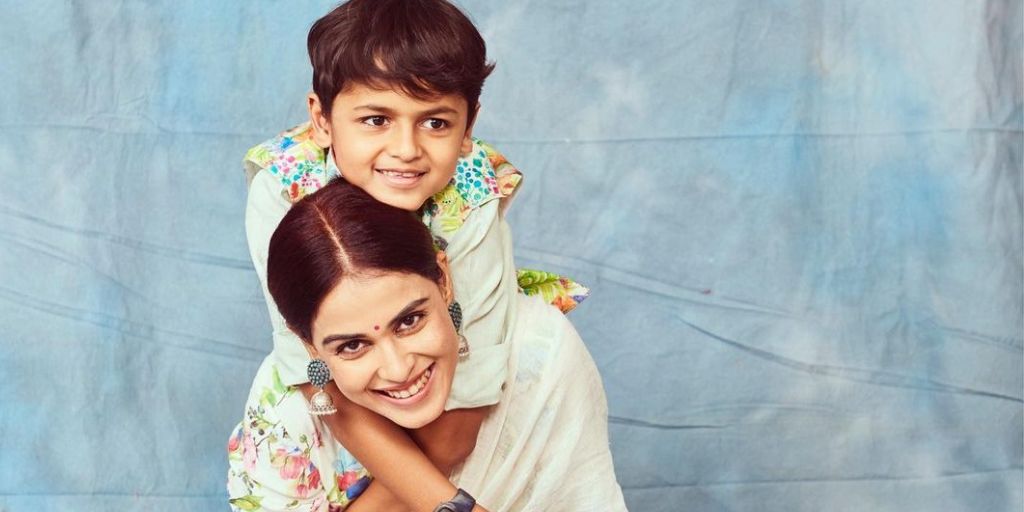 The Bollywood couple are co-founders of a plant-based meat brand Imagine Meats.

“He…told me, ‘Aai, you love Flash (our dog) and you eat chicken…Both are animals. What’s the difference?’ That put me on…road to understanding what I was doing,” she said.

The comment not only made the couple switch to veganism, but Riaan and younger brother Rahyl Deshmukh have also gone vegan.

“They are in school and they often go to birthday parties, where they cannot eat half the things,” Genelia shared.

“But they have never complained about it. They feel that it’s their cause too. As parents, we smile and feel that we are in it together.”

According to the Deshmukhs, the transition has made a noticeable difference in their lives.

“Our energy levels while working out are much higher compared to when we were non-vegetarian. It feels like the body has more oxygen,” Riteish said.

However, the couple is not into the lifestyle only for health, they want to raise awareness and make vegan food more accessible.

“It is not just about veganism, but growing awareness [about it]. With every bite, it’s a conscious decision that one takes. We are trying to share something that we have experienced after becoming vegan,” Riteish added.

“We did our blood work, and the doctor says it looks younger. So, there’s quantifiable proof. It’s one step for animals who cannot speak for themselves.”

Taking their foray into veganism a step  further, last year the couple launched plant-based meat brand Imagine meats to ‘bring together the best of global food science with Indian traditions and culinary excellence’.

In an interview with The Economic Times at the time, Genelia said:  “I have always been focused on the kind of planet we are leaving behind for our children.

“Seeing first-hand the innovation underway in the global food industry, Riteish and I were encouraged to take this big step and bring to you delicious foods that are so much better for the planet.

“We want Imagine Meats to be the choice for anybody seeking the taste of meat, without the guilt of environmental and public health impacts.”

In June, Imagine Meats teamed up with Starbucks India to develop three new options for the international coffee brand. It included a Vegan Sausage Croissant Roll, a Vegan Croissant Bun, and a Vegan Hummus Kebab Wrap.

Share this story: Bollywood Star Genelia Deshmukh says son put “Riteish and me on the road to veganism”