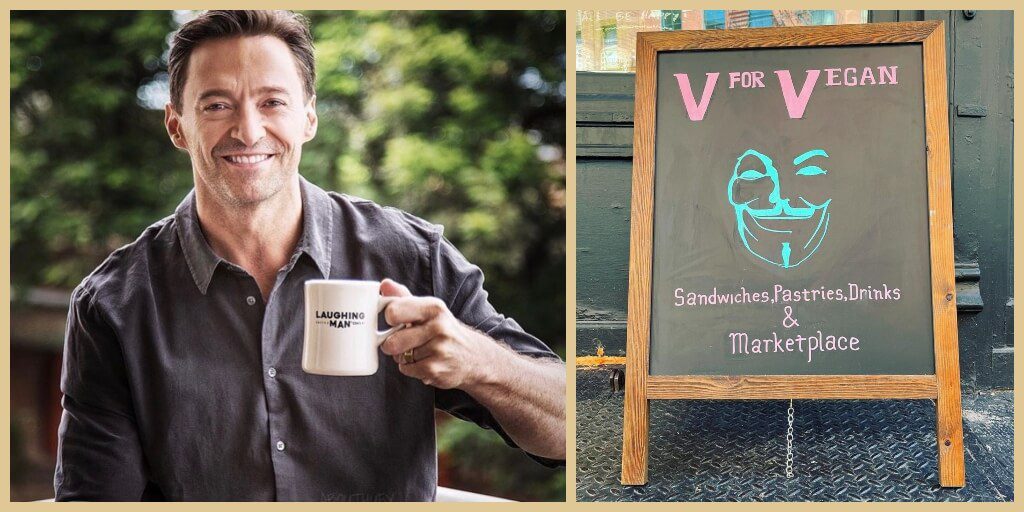 The new vegan café is a sign of changing times and mainstream acceptance of plant-based cuisine.

The company’s new venture is called Laughing V cafe and is located on Duane Street in the exclusive Tribeca neighbourhood.

The café is a small vegan market and sandwich shop offering a platter of house-made vegan sandwiches, sweets, pantry items, and more.

The concept of Laughing V came from Chef Lauren Evans, a local resident and lifelong vegan. Being an ardent advocate of plant-based foods after she “went vegan for the animals and fell in love with the food”, Evans has always urged local Tribeca restaurants to add vegan options.

Evans told VegNews that co-founders David and Barry Steingard were open to Evans’ plant-based requests, and asked for some vegan suggestions.

Making the most of the opportunity, Evans developed a complete restaurant menu of vegan appetisers, entreés, desserts, and more.

The Steingards were so taken with the idea that they decided to open a separate vegan cafe next door to Laughing Man and even appointed Evans as the new chef.

The cafe has received overwhelmingly positive reviews. Within a few days of opening, Laughing V was sold out of its signature sandwiches in just a few hours.

However, Evans says she is only getting started in making Tribeca a much more vegan-friendly area and while she is working on developing new menu items, her original elaborate menu may still feature in future pop-ups

Peter Nussbaum, who lives on Duane Street with his wife Gabrielle, told VegNews that they were ‘beyond excited’ to have Laughin V in their neighbourhood.  Both are dedicated vegans and founders of Tamerlaine Sanctuary, a shelter for rescue animals from the food industry. “When I moved here 25 years ago, egg and butter trucks were parked on this block every night,” Nussbaum said.

“We were beyond excited to discover that an ethical vegan neighbour had opened a fully vegan café. I’ve already tried every sandwich on the menu and they’re all amazing.”