Is David Attenborough vegan? Here’s what we know 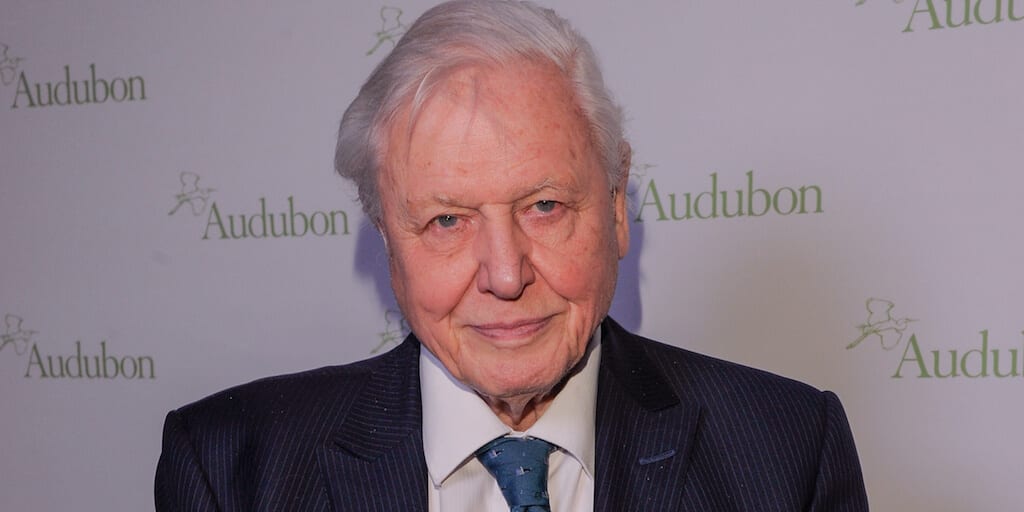 The legendary naturalist’s work focuses on animals, climate change, environmental destruction – but does his diet conform to his environmental views?

Sir David Attenborough is well known for his passion for everything planet and his dedication to research, documentation, and advocacy in protecting and restoring nature is unparalleled.

Naturally, with him being such a force in the environmental movement for so many years, has led many to question his dietary preferences.

The question is even more intriguing after the beloved British presenter was spotted eating at an upmarket Weymouth seafood restaurant last month. The incident caught even more attention after a marine biologist, who attempted to confront him while he dined there was unceremoniously dragged out of the restaurant.

What are Attenborough’s views on the meat industry and the environment?

The legendary narrator and naturalist has spent  more than seven decades of his life exploring the farthest reaches of the natural world.

In 2020, Attenborough released A Life on Our Planet – as a Netflix documentary as well as a book. The topic highlights the climate crisis and destruction of the natural environment as much as it celebrates it. Attenborough called the documentary his “witness testimony.”

In a 60 Minutes interview, Attenborough stated:  “We live in a finite world. Ultimately, we depend upon the natural world for every mouthful of food that we eat and indeed every lungful of air that we breathe.”

However, while Attenborough’s work focuses on animals, climate change, environmental destruction, and the urgency of standing up for planet Earth, do his personal food habits align with his narrative?

In his A Life On Our Planet movie, which covers the period of Attenborough’s life up until that point, he states: “We must change our diet. The planet can’t support billions of meat-eaters. If we had a mostly plant-based diet we could increase the yield of the land.

“The true tragedy of our time is still unfolding – the loss of biodiversity. Half of fertile land on Earth is now farmland, 70% of birds are domestic, majority chickens. There’s little left for the world. We have completely destroyed it.”

He further adds: “By 2080 global food production enters crisis, soils overused, weather more unpredictable… a sixth mass extinction is well underway. Our garden of Eden will be lost. I wish I wasn’t involved in this struggle. I wish I wasn’t there.”

Despite being vocal about meat’s role in destroying the planet, Attenborough has never publicly stated that he’s vegan.

“I can’t tell you why. I suddenly realised I hadn’t been eating red meat for a long time. I’ve just gone off it. I’m not claiming any moral virtue at this point – I’m just saying I don’t want to eat any red meat anymore.”

In a previous interview with Radio Times, he said: “Above all, we have to bear one thing in mind – every single mouthful of food and every breath of air we take is dependent on a healthy planet.”

He added: “I haven’t been a doctrinaire vegetarian or vegan, but I no longer have the same appetite for meat. Why? I’m not sure. I think subconsciously maybe it’s because of the state of the planet.”

However, his actions belie his words as he admitted in the same interview: “I eat fish, and chicken, and my conscience does trouble me. I’m affluent enough to afford free range, but it’s a middle-class hypocrisy.”

In 2020 he told Good Housekeeping: “I have certainly changed my diet.

“Not in a great sort of dramatic way. But I don’t think I’ve eaten red meat for months. I do eat cheese, I have to say, and I eat fish. But by and large I’ve become much more vegetarian over the past few years than I thought I would ever be.”

The Housekeeping interview followed a 2020 The Times article, which commented on Attenbourough’s meat diet:  “Even national treasures sometimes struggle to practise what they preach.”

Share this story: Is David Attenborough vegan? Here’s what we know.