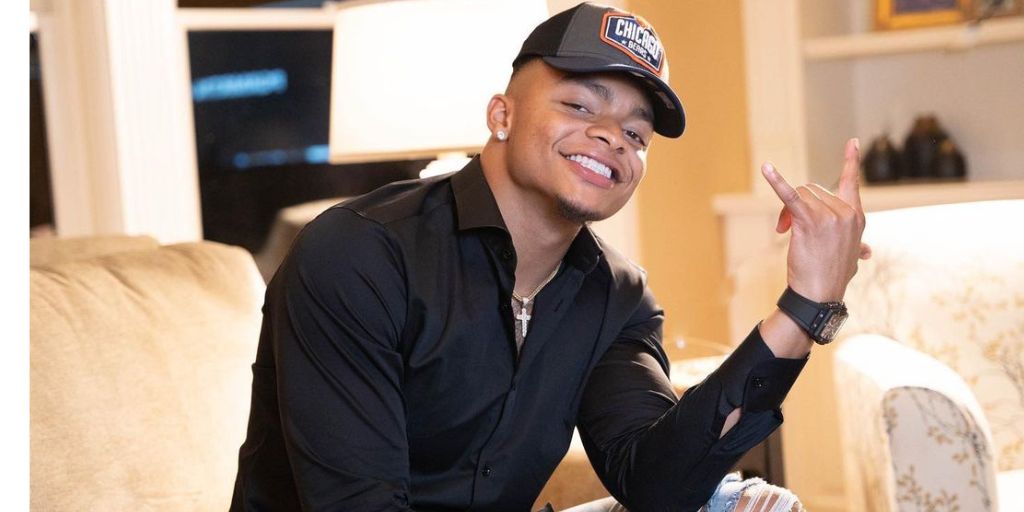 The American football quarterback for the Chicago Bears of the National Football League has been eating plant-based for more than two years.

Fields, who is in his second year as a quarterback, first ditched animal products in May 2020.

According to Insider, which recently spoke to the athlete about his career so far, revealed that Fields switched to a plant-based diet during his final year at Ohio following a 28 day detox with his family.

Experiencing huge differences within just a few weeks of switching to plant-based, he decided he wanted to make this change for the long run.

Fields has now become an advocate for the benefits of a plant-based diet and lifestyle and is even up to giving advice to anyone interested in making the change.

“I think the biggest change for me is just how much lighter and faster I feel all around,” he told the publication.

“This change was very drastic for me after I did the challenge I did with my family and was ultimately the reason I chose to continue a plant-based diet.”

The other benefit Fields reaped after going plant-based is faster recovery time.

“Being plant-based speeds up the healing process,” the American said.

“Science proves that being plant-based and eating those things heals your body faster and helps your body recover.”

Furthermore, the athlete, who believes it is his job to invest in his body, had his constipation complaint clear up.

“Before I moved to plant-based, I would kind of be a little bit constipated,” Fields said. “I didn’t take a number two as often as I do now.”

What Justin Fields eats in a day

The athlete shared what he eats in a day. It includes starchy-carb staples to power on his busy schedule, protein rich foods and healthy fats for better heart health and lower inflammation and vegan versions of his favorite foods.

He is a brand ambassador for vegan protein drink company OWYN, and recently partnered with Beyond Meat to bolster the plant-based food company on its mission to feed a better future.

Advice for people wanting to cut meat from their diets

According to Fields, anyone out there looking to reduce meat from their diets is to “just go for it.”

“It was hard for me the first couple of weeks but after I get used to it, it was easy. Some people might have to slowly move to it, where they eat plant-based throughout the week and have their cheat meals during the weekend. Whatever way works for each person, that’s the best thing for them,” he said in an interview with GQ.