Who is headlining Vegan Camp Out 2023? Here’s the complete line-up | Totally Vegan Buzz
Skip to content

Who is headlining Vegan Camp Out 2023? Here’s the complete line-up 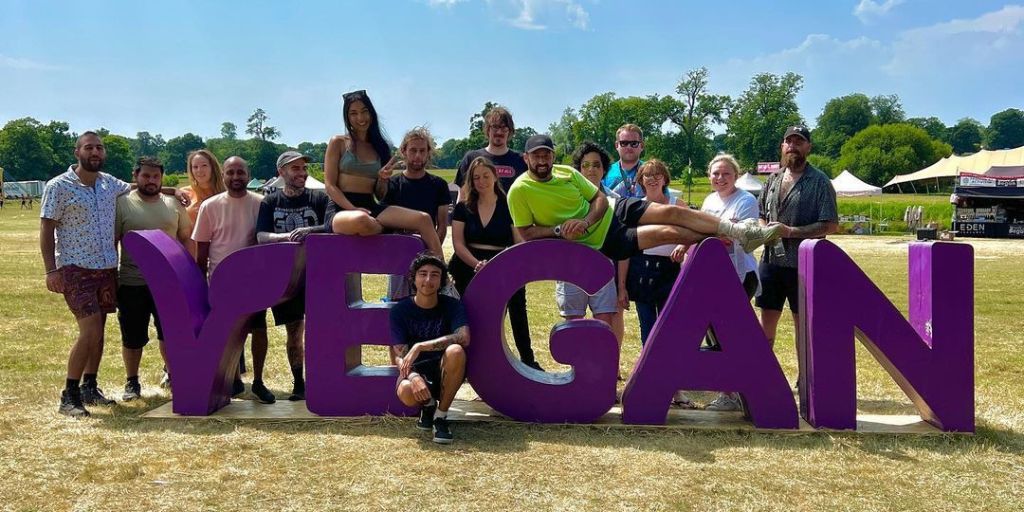 The 2023 festival has a fresh and diverse line-up with 10 acts that have never been at VCO before.

Vegan Camp Out (VCO) has revealed its line-up for its highly anticipated 2023 event.

Over 4500 tickets have already been sold for the four day event to be held from 28 -31July. The organisers are expecting to see a crowd of almost 16,000 at this forthcoming event.

Moreover, this time the festival has a fresh and diverse line-up with 10 acts that have never been at VCO before!

In addition to watching talks, festival-goers will be able to feast on some of the best UK vegan food, as well as attend activism workshops, yoga classes, and enjoy live music, afterparties, and much more.

The event will be held at Bicester Heritage in Oxfordshire after Stanford Hall had to be dropped due to licensing issues.

Vegan Camp Out first launched in 2016.

The first event was attended by around 400 people. However, 2022 saw over 12,000 attendees showcasing its rapid growth.

Over 50 food vendors served at the event and the impressive line-up included speakers and artists such as Earthling Ed, Evanna Lynch, Simon Amstell, and Lucy Watson, among others.

The partnership began in 2017 when VCO hosted its first ‘proper’ festival.

Juliet Gellatley, founder and director, Viva! said: “Viva! is delighted to be partnering again with Vegan Camp Out. With an excellent new venue, top vegan entertainment and activism events – not to mention delicious food, 2023 promises to be the best vegan festival ever!”

Tickets for the event are priced

Adult tickets are priced at £85. For children, tickets cost £40. You can order them here.

Share this story: Who is headlining Vegan Camp Out 2023? Here’s the complete line-up.