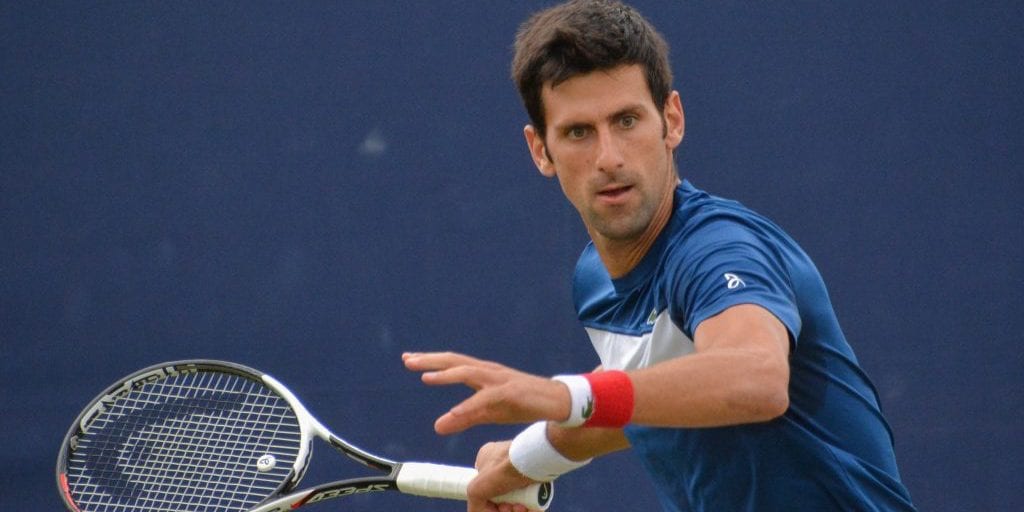 Five-time Wimbledon champion Novak Djokovic has spoken out about his plant-based diet, which he credits with improving his recovery time.

“I do eat plant-based. I think that’s one of the reasons why I recover well. I don’t have allergies that I used to have any more. And I like it.”

However, despite the benefits he attributes to the diet, he is unwilling to use the term “vegan” to describe himself.

“I don’t like the labels, to be honest. I do eat plant-based, for quite a few years already, but because of the misinterpretations of labels and misuse of labels, I just don’t like that kind of name.”

Djokovic defeated Swiss player Roger Federer in a five-set match. After the match, Federer said “I will try to forget. It was a great match. It was long, it had everything, I had my chances, so did he. In a way I’m happy. But Novak was great. Well done. I still feel good. I can still stand. Back to dad and husband. It’s all good.”

Said Djokovic, “If this was not the most exciting final then it was definitely the top two or three. I was up against one of the greatest players of all time, Roger, who I expect a lot.

“Unfortunately one player has to lose and we both had our chances. It’s unreal to be two match points down and come back. It’s a bit strange to play a tie-break at 12-all as well. I was hoping to get to the tie-breaks as well…When I was a boy and dreaming to be a tennis player this always has been the tournament for me.”

Djokovic is also an executive producer on upcoming vegan documentary The Game Changers.

The film follows former UFC fighter and US military combatives instructor James Wilks as he journeys around the world meeting scientists, soldiers, and athletes seeking to dispel myths about protein, food, and global health.

“What I discovered was so revolutionary, with such profound implications for human performance and health — and even the future of the planet itself — that I had to share it with the world,” says Wilks.

Regardless of Djokovic’s feelings about the vegan label, it seems that he’s committed to the lifestyle. Of the documentary, which is released in more than 1,000 cinemas on September 16th, Djokovic said “It is about how this diet affects the world, not just personal health, but also sustainability, ecology, animals. This is what I care about so I’m really privileged to be part of that team.”

Do you think Djokovic should embrace the term “vegan”, or do labels not matter? Share your thoughts in the comments below!