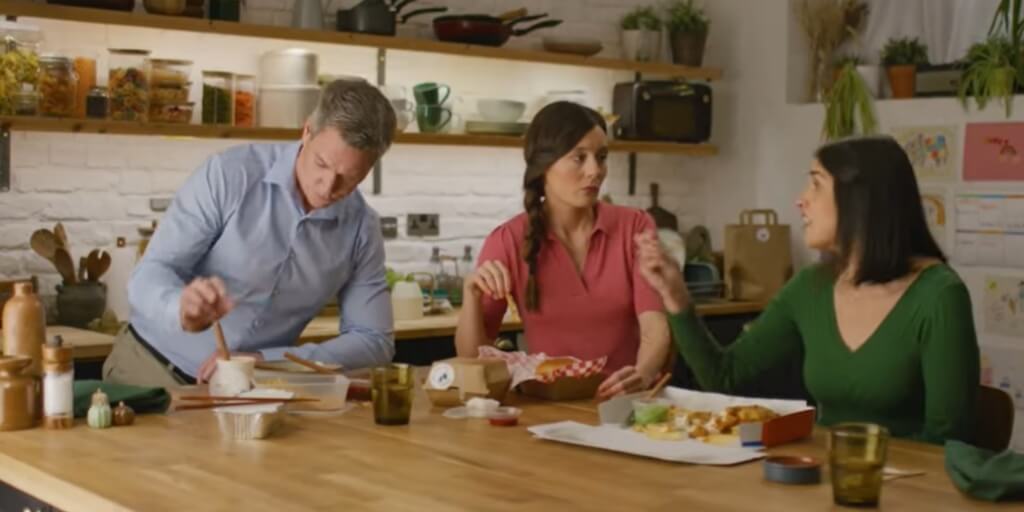 The watchdog banned ads by Vegan Friendly UK and Tesco amid claims of gratuitous violence and misleading information.

The Advertising Standards Authority (ASA) has banned one more vegan TV ad this week over claims that it shows “graphic imagery and gratuitous violence” towards animals.

This censure comes on the heels of the UK watchdog banning Tesco’s Plant Chef ads over lack of evidence for environmental claims.

According to the ASA, it received 63 complaints for Vegan Friendly UK’s TV advert aired on TV in March.

The advert, which aims to encourage meat eaters who are against animal cruelty to reconsider their actions, shows three friends feasting on beef burgers and fish and chips, while discussing animal welfare concerns like plastic straws and bullfighting.

The friendly environment is juxtaposed with clips of a fish head still gasping for air, a live piglet alongside a pig with its eyes closed and a cow’s face that appeared to have tears coming from its eye.

The hard-hitting images interspersed with clips of the friends eating is accompanied with a caption: “No animal was harmed, consumed, or purchased to make this advert,” followed by: “Make the connection”.

Members of the public complained that the use of graphic imagery of distressed animals caused unnecessary “distress to viewers” especially children under the age of 16 as “it was broadcast when children could be watching”.

Moreover, some objected that the ad was offensive because it “vilified meat eaters”

In its ruling, the watchdog said: “Whilst some of the images were not inherently graphic or violent, we considered that some of the clips shown were likely to cause distress.

“We noted that the quick succession of clips shown throughout the ad, and the juxtaposition between the adults eating and the animal imagery, would heighten the distress felt by viewers.”

While the advertising board ruled that the ad breached BCAP rules, it dismissed the objection that it vilified meat eaters and said the advert’s negative portrayal of its characters were “exaggerated for effect”.

The agency concluded that the ad cannot appear on TV and Vegan Friendly UK has been told to “avoid using imagery which was likely to cause distress to both younger and adult audiences.”

Responding to the complaint, Vegan Friendly UK argued that  clips did not portray actions of violence and that the imagery shown in the ad was akin to what viewers could expect to see in cookery programmes or on the high street when walking past a butcher’s or fishmonger’s shop.

Furthermore, the vegan non-profit added that the ad did not cause distress, and if it seemed offensive, it was justifiable because billions of animals were killed in the meat industry.

It also explained that the ad only highlighted ‘an individual’s potential hypocrisy, and the contradictions between what people said and their actions’.

The group pointed out that the generally accepted moral standard in the UK was to respect and care for animals, but those who ate meat deviated from that moral standard.

The ad’s objective was to only promote love and compassion for all beings and discourage discrimination against other sentient beings.

Share this story: One more vegan ad banned this week – this time for showing animals in distress.