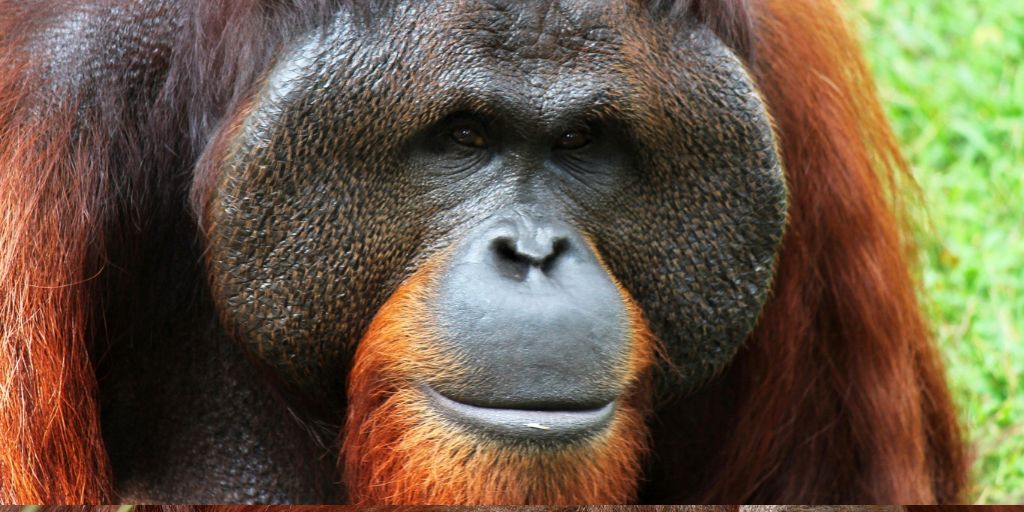 “People often throw things into the animals cages and the orangutan learns how to use these objects by seeing how people use them.”

A shocking video has captured a sickening moment of an orangutan smoking a cigarette in front of visitors at a zoo in Vietnam.

The orangutan – originally from Borneo – is critically endangered in the wild.

The 45-second footage shows the male orangutan casually holding the cigarette in his left hand after it was thrown into its enclosure at a zoo in Saigon, Ho Chi Minh City.

The animal sitting on the floor of his enclosure is seen taking two long drags on the cigarette while visitors crowded at his pen are heard laughing, bemused by his antics.

The orangutan then stubs out the cigarette carefully on some stones.

He even checks the butt like a seasoned smoker to see if it is out properly before throwing it away.

According to zoo staff members,orangutans are intelligent animals and often pick up human behaviour.

“People often throw things into the animals cages and the orangutan learns how to use these objects by seeing how people use them,” a zoo spokesman said

He added that it is not possible for security guards to follow each visitor and be aware of what’s happening.

‘Zoos should be shut’

The clip has sparked outrage amongst animal lovers and activists at the disgusting ways animals are treated.

Voicing their opinion online, one user wrote: “Everyone smokes in Saigon, I guess someone showed the orangutan how to smoke. I’ve seen it done before. Appalling.

“Poor thing locked up and copying human traits. I don’t find it funny, just sad at what we do to these obviously intelligent animals,” another added:

A third commented: “Hate these places. I’ve never taken my kids to a zoo!!they should all be shut!!”