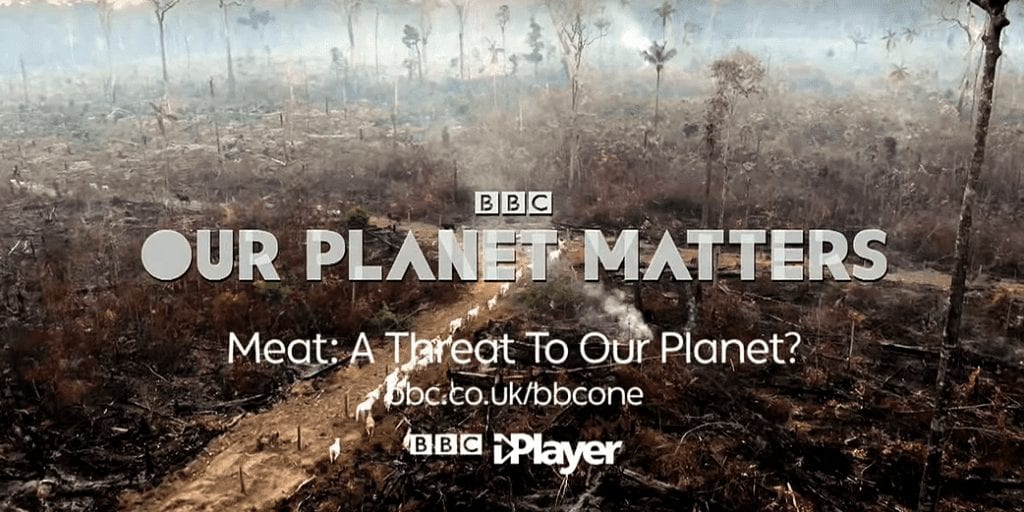 BBC has attempted to show how meat production affects our world in new ‘Meat: A Threat To Our Planet?’ show.

The new documentary scheduled to air on November 25 will see presenter Liz Bonnin traveling to corners of the world attempting to unravel the meat industry and its impact on our planet and its resources.

With numerous reports pinpointing meat’s role in deforestation, global warming and animal exploitation, the show’s host will set out to uncover the true extent of this “crisis”.

The show will also ‘investigate how humans can continue to eat meat – how to rear it, how to feed it, how to graze it – without killing our planet’.

Meat: A Threat To Our Planet?

In the 60-minute film, Bonnin will be seen interviewing “characters on all sides of the debate – dietitians who believe that meat is an essential part of our lives; environmentalists drawing a road map to a meat-free world; and food scientists developing “Frankenfood” meatless alternatives to our everyday meals.”

She will comb the skies above the Amazon rainforest to allow viewers a bird’s eye view of the extent of the havoc wreaked on the planet’s lungs.

Speaking about the show, BBC said: “In this ground-breaking film, presenter Liz Bonnin, will embark on an ambitious and sometimes dangerous mission to discover the true impact of meat on our planet.

“The film will be a fascinating investigation into the global meat industry, our health, and a planet’s ecosystem on the brink of collapse.”

With the show soon to be aired, Bonnin says: “We’re not telling people what to do and to turn vegetarian, but I think inherently we are evolving in our understanding of how our relationship with the planet potentially needs a little bit of a harder look.

“If we can just make gradual changes, it will go a long way.”

How influential will BBC’s new documentary be in exposing the meat industry? Share your thoughts in the comments section below!