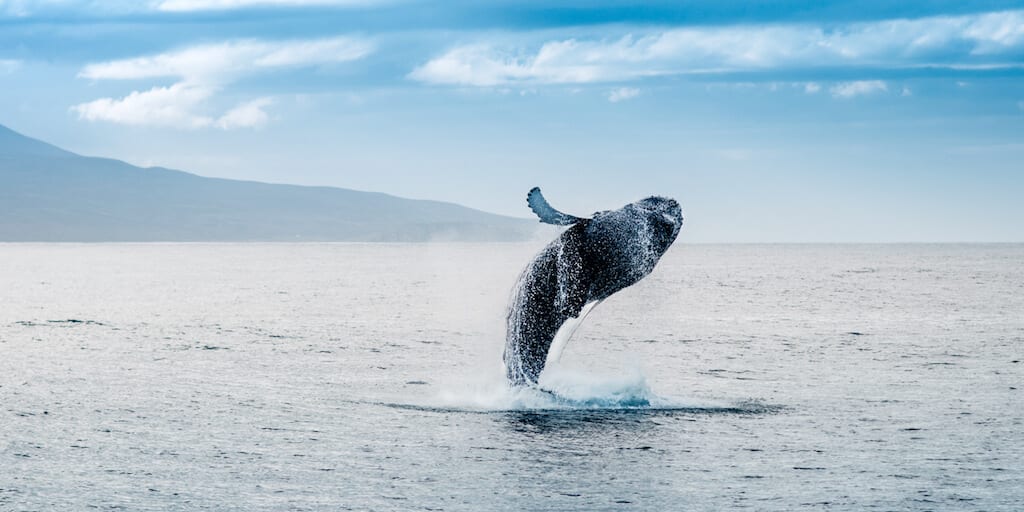 “[The microplastic pieces] could be scratching the linings of their stomach. It could be absorbed into the bloodstream, or it could all pass through the animal. We don’t know yet,”

The menace of plastic continues to grow. Microscopic pieces of plastic have infiltrated every aspect of the earth from the oceans, rivers, fish, and even the air we breathe. According to a 2017 UN report, there are 51 trillion microplastics in the sea.

Studies have also shown that humans consume around five grams of microplastics per week.

Now, a new study on blue whales — the largest animal on Earth — revealed that these marine animals likely ingest up to 10 million pieces of plastic every single day.

The research has been conducted by Stanford University scientists and published in Nature Communications.

Researchers monitored more than 200 humpback, fin and blue whales with tracking devices to understand where the giant marine mammals were foraging for fish and krill.

They combined that information with microplastic concentrations in the ocean to calculate just how much plastic the whales were consuming.

Interestingly, the team discovered that the plastic ingested comes from their food rather than water.

Blue whales primarily feed on krill. They are likely to ingest up to 10 million pieces of microplastic every day while the slightly smaller fin whales consume between 3 and 10 million each day. The humpback whales that rely more on fish were found  to consume fewer microplastics, at an estimated 200,000 pieces per day.

Matthew Savoca, a postdoctoral scholar at Stanford and study co-author explained the phenomenon: “They’re lower on the food chain than you might expect by their massive size, which puts them closer to where the plastic is in the water. There’s only one link: The krill eat the plastic, and then the whale eats the krill.”

The results raise concerns about the health and wellbeing of sea creatures.

Shirel Kahane-Rapport, the lead author and PhD student at Stanford said:  “We need more research to understand …If patches are dense with prey but not nutritious, that is a waste of [whales’] time, because they’ve eaten something that is essentially garbage. It’s like training for a marathon and eating only jelly beans.”

There is also ongoing research to find out what happens with microplastic ingested by whales. “It could be scratching the linings of their stomach. It could be absorbed into the bloodstream, or it could all pass through the animal. We don’t know yet,” said Kahane-Rapport said.

Previous research has shown that microplastics hurt fish, hamper their growth and development and damage their gills.