5 tried and tested alternatives to honey that you will love 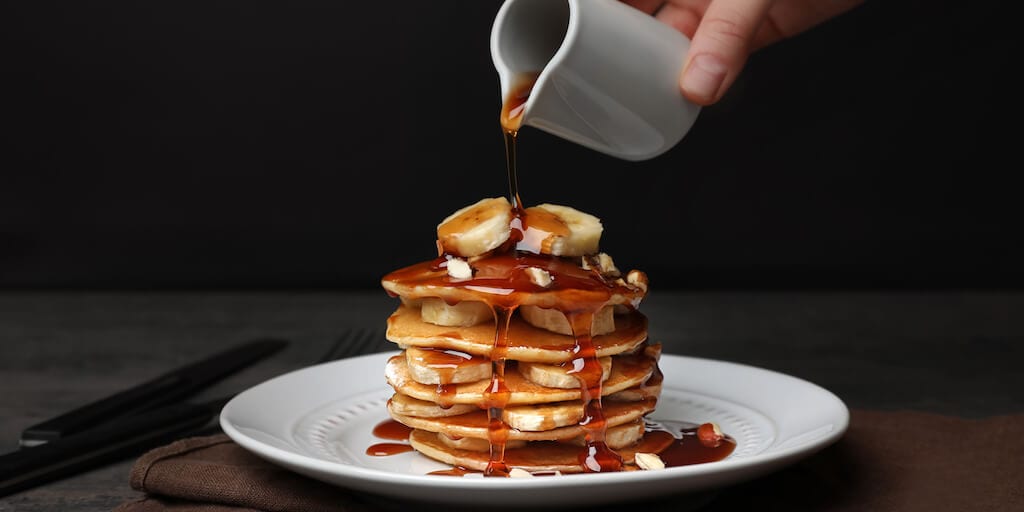 One of our favourite sweeteners, maple syrup is extracted from maple trees using taps and spouts bored into the trunks. Packed full of goodness, it’s said that maple syrup is bursting with antioxidants (things that fight off nasty free radicals in your body), is rich in manganese (great for your nerves, brain and metabolism) and zinc (important for healthy immune function), and has a lower GI (glycaemic index: the lower, the better) than regular sugar. Almost medicinal then!

Much, much thicker than honey, golden syrup is a by-product of sugar refining – so it’s super sweet, and highly processed. Perfect for use in baking – think flapjacks, gooey cookies, lovely moist cakes – that’s pretty much where it begins and ends with golden syrup. Apart from being through the roof in energy content, it’s negligible in nutrients and magical properties, so definitely doesn’t count as a health food if that’s what you’re looking for.

Try: Good old classic Lyle’s! Most supermarkets have their own brand golden syrup, but do check that it’s vegan – not all are due to processing methods.

This is a firm fave among the Totally Vegan Buzz team – but not necessary the healthiest! This clear amber liquid comes from the Mexican agave cactus, and is around x1.5 sweeter than sugar teaspoon for teaspoon, and has low GI. So if you like a little sweetener in your tea or coffee, agave is great. BUT… it’s ridiculously high in fructose which has earned it a few demerits amongst nutritionists. Much runnier than clear honey, it’s still a pretty neat swap out.

A lovely little plant, the carob tree produces adorable pods (who doesn’t love a pod?) which have, for years, been used as an alternative to chocolate. The syrup is produced by boiling the pods and then straining the liquid. Probably the thinnest syrup alternative to honey, carob boasts a bunch of lovely health benefits: antioxidant content, has low GI, contains B vitamins (except B12, don’t get too excited), and even a little protein.

This super thick, dark syrup is great for adding a splash of richness and sweetener to your porridge or granola bowl, where once you enjoyed a spoon of honey – but it’s so different in consistency, it’s not a straight swap. And while honey’s known for its distinctive flavours, date syrup has a lot of personality too. Indeed, another naturally occurring syrup that beats regular sugar out of town, but not the best for cooking with.

What’s your favourite honey alternative and why? Join the conversation by leaving us a comment below.