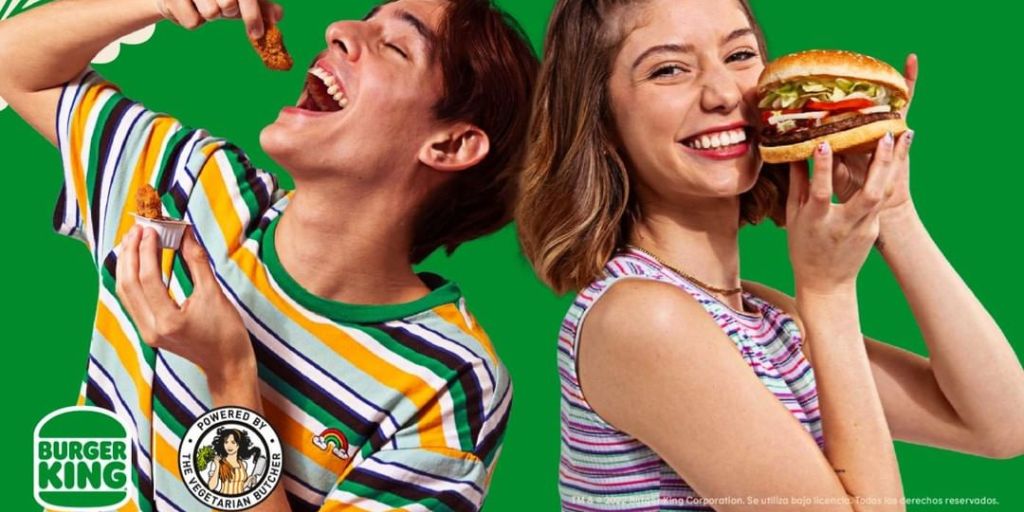 Burger King has introduced its plant-based burgers in 70 countries in the last few years.

Burger King is leading the plant-based movement in the fast-food industry.

While many fast-food chains are now offering vegan versions of its most popular items, the QSR giant has expanded its meatless range all over the world. It has been selling a plant-based burger since at least 2014 and it even opened its first all-vegan location in London’s Leicester Square in March this year.

And this time the Whopper maker has set its sights on San Jose, Costa Rica following the success of the chain’s first LAC pop-up in Santiago and Chile.

Just like its previous ventures, all meatless menu items feature plant-based meat from the Dutch brand The Vegetarian Butcher.

According to Burger King, “Costa Rica is one of the best-performing plant-based markets in LAC for Burger King®, based on sales of the Veggie Whopper”.

The temporary store will serve vegetarian options already available at major Burger King stores such as the Veggie Nuggets, the Veggie Whopper and the Veggie King sandwich.

‘Cater to those with more flexible diets’

However, while all items are vegetarian, they are not vegan. Vegconomist was told that the “items will cater to those with more flexible diets but not to those who are strictly vegan.”

Iwo Zakowski, Burger King’s global head of marketing, said: “We recognize the changing needs of our guests and our planet.

“Our goal is to offer the widest possible variety of nutritious meat-free meals to the largest possible demographic intersection.”

Burger King has introduced plant-based burgers in 70 countries. Earlier this month, it started offering a veggie alternative for every item on its menu in Germany.

“From now on, guests at Burger King can choose between plant-based and meat for all products. And without making any compromises in terms of taste,” the chain’s German website states.

It comes after the chain successfully tested a plant-based Burger King location in Cologne last year.

Share this story: Burger King hosts yet another pop-up – this time in Costa Rica.