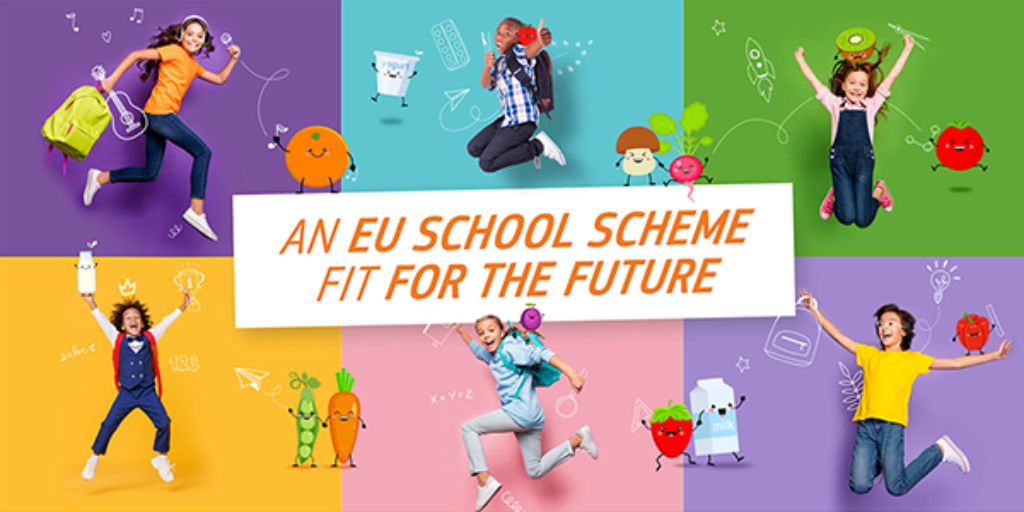 “It is high time schools start a meaningful transition towards healthier and more sustainable diets, ingraining good habits early on in younger generations.”

72% of EU citizens clearly stated that the union should fund plant-based milk alternatives in canteens under their scheme, which supports the distribution of fruits, vegetables, milk and milk products to school children.

The participants voiced their opinions in a public consultation by the European Commission.

The conference was attended by state members, public authorities and private stakeholders involved in the design, implementation, monitoring and evaluation of the current EU school scheme, and the academic and scientific community.

Call for plant-milk in schools

Several organisations including ProVeg International and Compassion in World Farming have been urging the European Commission to add calcium-fortified plant-based milk to its school scheme.

A petition for the same reason was launched by ProVeg International. So far, more than 74,330 people have added their signatures.

According to them, the EU subsidises more than 160 million litres of cow’s milk every year. But the absence of dairy-free options has been called ‘dietary racism’. This is because nearly 75% of Black people and up to 90% of Asian populations are lactose intolerant.

The petition also draws a comparison between the different varieties of plant milk and cow’s milk carbon footprints. Animal agriculture including the dairy industry is responsible for 14.5% of global greenhouse gas emissions. Plus, it is resource intensive. One litre of cow’s milk, for example, requires 22 times more water than one litre of soya milk.

“Plant-based milks fortified with calcium are sustainable and healthy options that should be included in the school scheme as European society shifts towards a more plant-based diet.” said Jasmijn de Boo, vice president of ProVeg, in a statement.

“Offering plant-based milks will help the EU to decarbonize society. At the same time, it will allow for greater choice for those who do not want to drink cow’s milk with their school meal.”

The petitioners are pleased with the results of the conference. Lucia Hortelano, EU Policy Manager at ProVeg, said: “We are really delighted by the outcome of the consultation which made overwhelmingly clear that plant-based milks have a place in the EU School Scheme.

“The conference also made several references to the need to transition to a more sustainable scheme, and we believe that the introduction of plant-based milks should be one of the solutions.”

Olga Kikou, Head of Compassion in World Farming EU, added: “These are excellent results that must pave the trajectory of the EU scheme funding school meals.

“It is high time schools start a meaningful transition towards healthier and more sustainable diets, engraining good habits early on in younger generations. Children should have better access to plant-based foods – including fresh fruits and vegetables, plant-based milk, legumes, nuts and grains.”

Share this story: Over 70% of EU citizens say milk alternatives should be added in school canteens.