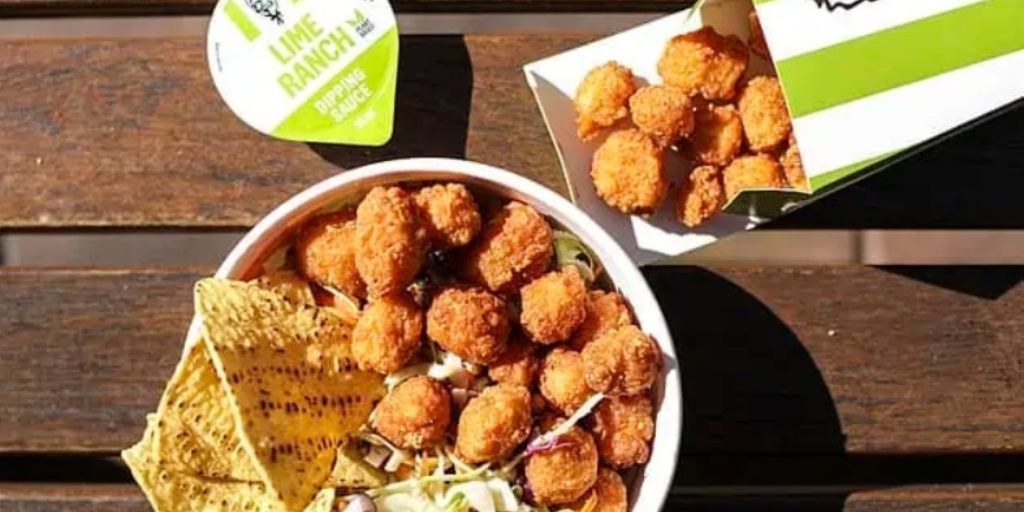 KFC Australia has finally plunged into plant-based waters with the launch of Wicked popcorn chicken in select NSW stores.

The new snack is made with pea protein and uses the same signature spice blend of Wicked Wings in meat-free popcorn-sized bites.

It will be on the menu à la carte, in a bowl, and as part of a combo meal for a month until 5 September.

“We’re excited to serve up Wicked Popcorn – an innovative product that offers more choice on our menu,” KFC Australia CMO, Sally Spriggs said in a statement.

“We’re always looking to treat our fans with new products, so we hope they’ll enjoy this meat-free option which offers that great KFC taste our fans know and love.”

The only drawback to this ‘mouthwatering marriage of two KFC fan-favourites’ is the fact that the new food item is not prepared in a vegan or vegetarian friendly way.

This means the meat-free alternative is likely cooked in the same oil or surfaces as the meat products.

KFC is hailed as one of the world’s biggest fried chicken giants. But in recent years iit has been increasing its vegan options to cater to growing consumer demand.

The fast-food giant has already tested palatable formats with plant-based popcorn chicken in several regions including Canada and Thailand in the past years.

In the UK, and the rest of Europe, it recently added Quorn Vegan Chicken Buckets.

The new item followed a 2019 partnership with meat-free brand Quorn, which saw the launch of its first Vegan Burger. The plant-based snack featured a Quorn chicken-free patty, with the fast-food chain’s iconic combination of herbs and spices.

KFC and Quorn are also working to bring their hit vegan options to Europe, starting with Germany. According to Food Navigator, vegan chicken buckets and veggie wraps are in the pipeline.

In the US, it recently added Beyond Fried Chicken to all of its outlets.

“We don’t think that plant-based is a fad. We think it’s something that’s going to continue to grow over time,” the chain’s US president Kevin Hochman told Bloomberg in a 2021 interview.