MPs back calls to reform school meals and ditch mandatory servings of meat, fish and dairy 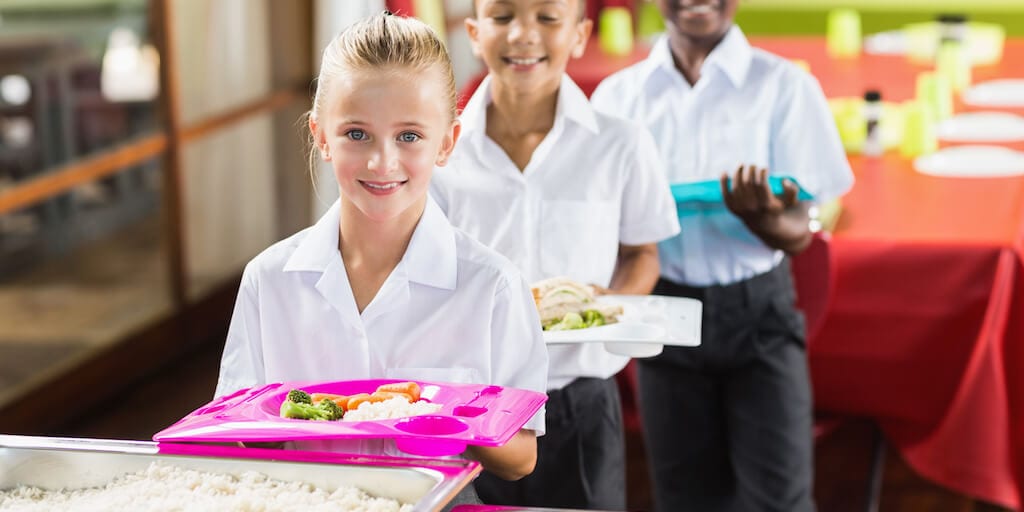 “PETA is urging the Department for Education to update the archaic School Food Standards to remove obligatory servings of meat and dairy – foods that have been found to harm the environment and human health.”

A group of MPs has teamed up with vegan charity PETA to urge the UK government to ‘revise the School Food Standards and remove the mandatory servings of meat, dairy, and fish’.

Notable among them include Caroline Lucas and Dame Diana Johnson DBE.

On behalf of all the supporters, PETA wrote an  open letter  to the newly appointed Secretary of State for Education Kit Malthouse, asking  the Department for Education to reform school meals so that children may have a greener, healthier future.

According to PETA, while the National Food Strategy has recommended updating the School Food Standards for England to remove the mandatory servings of meat, the government has failed to address this in its Food Strategy white paper.

The letter noted that the ‘current meat and dairy mandates limit schools’ capacity to serve children climate-friendly vegan foods. PETA also cited a recent study, which reveals a global shift to vegan eating would result in a 68% decrease in carbon emissions.

Moreover, PETA added that the regulations are out of step with the government’s own nutritional advice to the public – the Eatwell Guide – which allows for nutritional needs to be met with meat-free protein sources such as beans, peas, lentils, and mycoprotein.

The letter is the latest action in the campaign – which has also been backed by Sir Paul McCartney, and award-winning teen vegan chef Omari McQueen.

According to a 2019 poll by food brand Linda McCartney Foods, 70% of British children want more vegan meals on their school menus.

Over 3,500 schools in the UK are also part of Meat Free Monday – an international campaign launched by the McCartney family that encourages people to not eat meat once a week to spare animals, improve their health and the health of the planet.

“Billions of animals are farmed and killed for meat each year… All farmed animals end their lives with a brutal death at the slaughterhouse. Eating less meat is a compassionate step that helps prevent cruelty and suffering,” its website states

“PETA is urging the Department for Education to update the archaic School Food Standards to remove obligatory servings of meat and dairy – foods that have been found to harm the environment and human health.”

Share this story: MPs back calls to reform school meals and ditch mandatory servings of meat, fish and dairy.