OPINION: The hummus has betrayed us – Totally Vegan Buzz
Skip to content

OPINION: The hummus has betrayed us 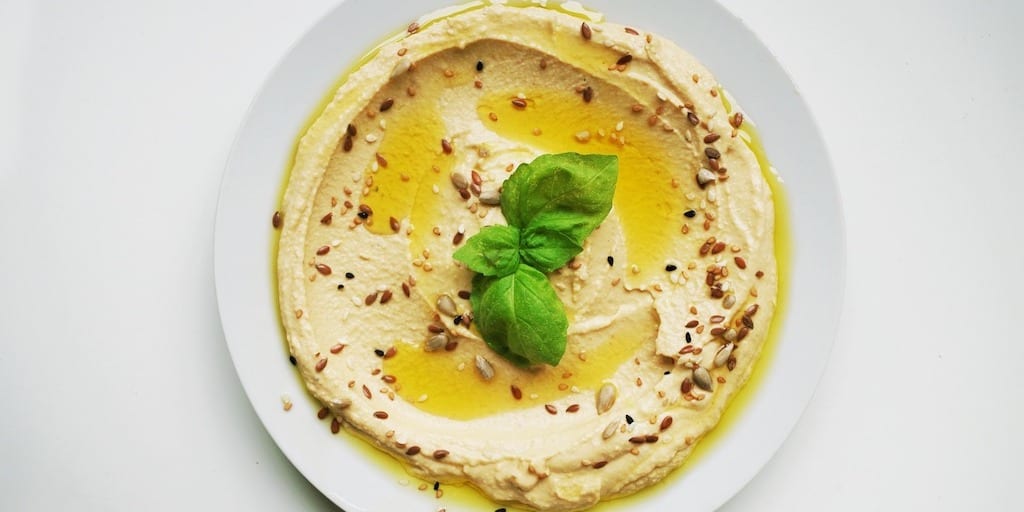 Image by Ajale from Pixabay

We are a community in crisis. At the beginning of November, Zorba Delicacies Limited, leading supplier of hummus to the UK’s supermarkets, announced a product recall due to the possible presence of salmonella. Some 80 hummus products, produced for retailers like Sainsburys, Asda, Lidl, Aldi, Morrisons, Spar, Safeway, and Iceland, may be tainted by the same bacterium that led to the fall of the Aztecs.

What did we do to deserve this? Did some higher power look down on us and find the zeal with which we consumed the tangy chickpea paste distasteful? Have we come to take hummus for granted, and the powers that be wanted to remind us that it can be taken away at a moment’s notice? Can this, somehow, be blamed on Brexit?

In a 2013 survey, 41% of British people claimed to have hummus in their fridge. That was six years ago. The numbers have surely increased. Who knows how many biological time bombs lie in wait at this very moment, biding their time until an unsuspecting snacker dips their Ryvita in and seals their gruesome fate: a week of s******g and vomiting?

I can remember no clear point of origin in my relationship with hummus. I don’t know if I first tried it at my mother’s house or my father’s. I don’t know if I had it first with pita and oven-cooked frozen falafel, with carrot sticks or Doritos or chips. I know only that it had no presence in my life, until it did. It quietly made its way into the fridges and lunchboxes of my acquaintance, assuming a de facto place among the staples: here the sunflower-based spread; here the jams, marmalades, and chutneys; and of course, the hummus. Why not?

I was an impossibly fussy child to feed. Mealtimes with my father would as often as not result in a standoff over uneaten beetroot, peas, or beans, foods that he loved passionately and that turned my stomach with their mere presence on my plate. My mother took the less confrontational route of simply making me what I wanted, and what I wanted was dahl, rice, and bread. In later life, she would confess that she supplemented the dahl with vegetables I refused to eat such as broccoli and carrots, blitzed finely so as to become imperceptible in the rich, nourishing lentil stew. To live primarily on such an atypical, un-British dish only added to the inherent alienation of growing up a vegetarian in the nineties and noughties. “What is Marlon eating?!” I remember the daughter of my mum’s friend shrieking as I was served a bowl of dahl while she and my brother dug into their beans on toast. “It looks disgusting!”

“It’s not disgusting,” I said, looking at the steaming, yellow-brown slurry before me; ambrosia from the gods themselves.

With such prohibitive tastes, you’d think the arrival of a new food I would eat would imprint itself indelibly on my psyche, but as I’ve established, hummus infiltrated my diet all too subtly. I can estimate that it must have happened some time around 2007, as we moved house that year, and I only remember hummus being present in the new place. It was the year I started secondary school, and ended up in the same form as another vegetarian who lived ten minutes up the road. After school, we would go to his house to play his Playstation 3, pausing only to wolf down english muffins slathered in Moroccan hummus from Sainsburys.

I figured hummus was some vegetarian thing, hidden knowledge that the omnivores didn’t need and had no interest in. As time went on, however, I noticed it had spread. Students would have it in their lunchboxes alongside their ham sandwiches or beef wellingtons or chicken-bone jelly or whatever it is non-vegans eat for lunch. It was still associated with vegetarianism, though.

“I bet when you get home from school you crack out the Doritos and hummus and just go to town,” said a boy in my science class, when the conversation turned to just what I ate, exactly, if not meat and dairy? He was half right. By then I would never have dipped Doritos in hummus. Doritos were for guacamole.

Perhaps most shocking to me about the Zorba recall was the revelation that the majority of UK supermarkets (Tesco being a notable exclusion) are selling essentially the same product under different branding.

Why was I surprised? There has always been a reliable homogeneity to supermarket hummus. The texture, taste, and range of variants seldom differ between stores. Yet something about the revelation felt sneaky, underhanded. A part of me would like to believe that every product I buy, no matter how affordable, has been constructed carefully by a passionate artisan before being subjected to stringent quality assessment. The realisation that this isn’t the case has come as a rude awakening.

Maybe you’ve seen, as I have, low-quality phone snaps of a dead mouse entombed in a loaf of bread or a package of microwavable rice. Maybe you forgot about them, or maybe, as happened to me, you are haunted by them, and on high alert every time you tear open a factory-sealed bag. My roommate and I once got lunch at a small cafe and were served a sealed bottle of orange juice which, upon opening, smelled mysteriously like sausages. We alerted the staff, who smelled the juice and agreed that something was wrong. They promised to contact the supplier and investigate, but my roommate and I never heard anything about it. Another time I opened a bag of mixed salad and found an oak leaf in it. That was less weird, but still mildly unpleasant.

My point is, industrialised foods have a mysterious and often unknowable past. We would like to think that the products we entrust with our health could never, in moderation, harm us. The Zorba incident reminds us that this is not the case. The universe is dark and violent and entropically cruel, regardless of the shrink-wrapped plastic seal over the lid.