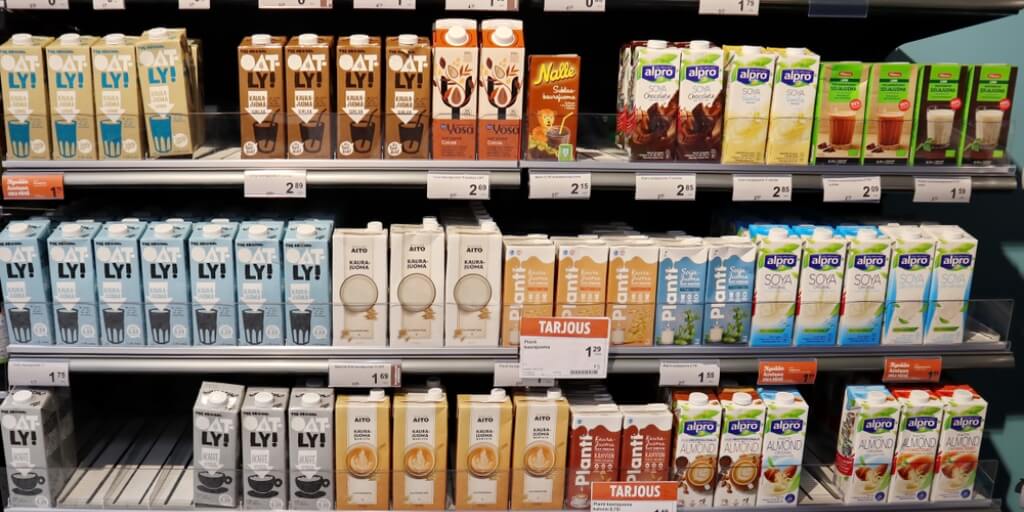 According to the Swiss dairy industry, alternative milk brands pose a challenge because they unduly mimic everything about milk, including its packaging and nutritional profile and make false sustainability claims.

The dairy industry globally is becoming increasingly desperate to clutch onto its market position amid a significant shift in consumer attitudes towards dairy.

According to a Federal Office of Agriculture study, the turnover from sales of milk alternatives in Switzerland climbed almost 80% from 96 to 172 million francs between 2017 and 2021.

According to him, dairy production is as resource intensive as the meat industry and just as exploitative, although it has been misleading consumers with its pro-animal welfare standard claims and regenerative farming.

Plant-based milk sales have spiked at supermarkets as more and more people cut down on meat and dairy for health, planet and ethical reasons.

“More than one in seven milk cartons sold is a vegan alternative,” Melanie Grüter, spokesperson for Coop, told 24HEURES.

“63% of the Swiss population now give up animal-based foods several times a month. Coop is fundamentally oriented towards the needs of its customers.”

At Migros, the country’s largest supermarket chain, sales volume of all alt-dairy products are rising but “cannot compare yet with traditional milk.”

“But these alternatives have only taken a few years to develop and offer a complete range,” Tristan Cerf, Migros’ spokesperson explained to 24HEURES.

Cerf added: “Its consumers are mostly vegans, lactose-intolerant, and people who want to reduce their animal consumption or CO₂ footprint.”

The Swiss dairy industry is understandably upset with the growing popularity of dairy—free alternatives.

Daniel Koller is the secretary of Swissmilk- an organisation that promotes dairy milk.

He told the news outlet that the rise of alternative milk brands poses a challenge to the Swiss milk industry because they unduly mimic everything about milk, including its packaging and nutritional profile. Moreover, he claimed that plant milk brands make false sustainability claims.

In response to Koller’s claim, Shazar told the news outlet: “The dairy lobbies are indignant about the risks of misleading the consumer and manage to pass laws accordingly, but ironically, they are the ones lying to them! When you look at the shameful Swissmilk ads that show “happy” cows skiing… This is the opposite of the reality of slaughterhouses, forced inseminations, and tens of thousands of male calves torn from their mothers every year.”

Other countries have also passed laws to limit plant-based foods

Several countries have tried to censure the use of so-called “meat” names on plant-based products in lieu of them confusing customers.

Switzerland and other European countries have banned the term “milk” since 2017 for beverages of non-animal origin. However, in 2021, the EU parliament rejected the dairy lobby’s amendment 171, aka the dairy ban.

Last year, France wanted to ban meat names such as “steak” and “sausage” on plant-based foods, but the country’s highest court rejected the move.

Around the same time, a legislation change in Turkey outlawed both the production and sale of dairy-free cheese. The country’s complete ban followed censorship  dictates that already stopped plant-based brands from using the term “cheese” on their packaging.