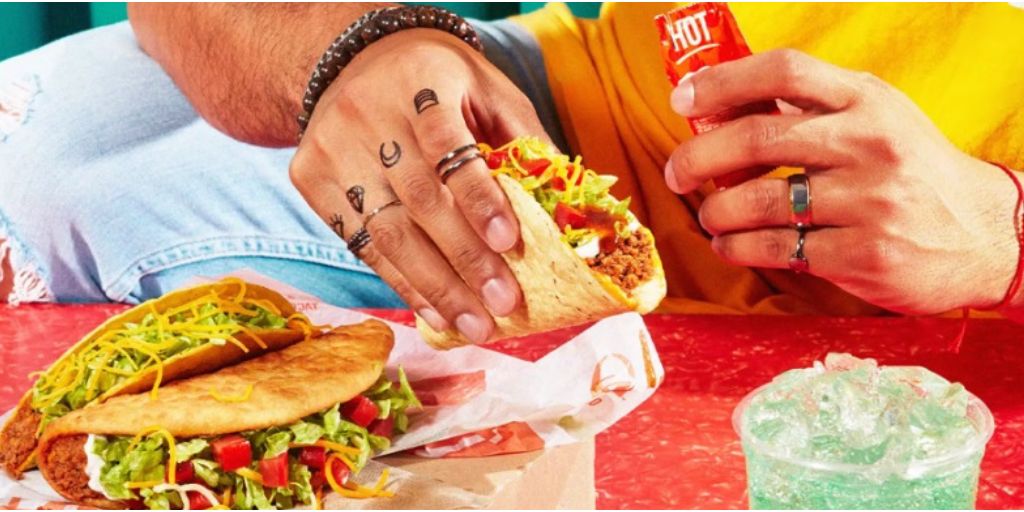 Fast food giant Taco Bell has confirmed it is testing a new meat substitute made with pea and soy protein at select restaurant locations in the US.

The new vegan meat is “inspired by classic Taco Bell flavours” and will be available at 50 outlets in Birmingham, Alabama.

The Crispy Melt is available for $2.49, and customers can order either beef or its plant-based protein at no additional cost.

The company stated that the new vegan protein is AVA-certified vegan and will be available at outlets from now until mid-October, or while supplies last.

This is Taco Bell’s third trial of meat substitutes in the US.

It also tested a meat-less alternative made from peas and chickpeas in its Cravetarian taco.

According to Taco Bell, the new vegan beef is an improved version of the one tested in the Cravetarian taco.

Taco Bell’s parent company Yum is still working in collaboration with Beyond Meat after they signed a deal in early 2021.

The vegan meat giant was brought on board to create innovative and exclusive plant-based protein menu items for KFC, Pizza Hut and Taco Bell.

Although the partnership hasn’t resulted in permanent menu items for Taco Bell, chief innovation officer Liz Matthews disclosed: “We are moving and close to testing a product with them. All is well with Beyond.

“We’ve always had so many partners in addition to a lot of the work we do being proprietary, so it’s not uncommon to have multiple ideas in the pipeline.”

Although Taco Bell has taken a while to embrace meat-less alternatives that more closely resemble its traditional counterparts, it has had a robust vegetarian menu with a host of  ‘craveable’ options using combinations of potatoes and beans.

It was the first fast food chain to be certified by the American Vegetarian Association in 2015. About 50 of its menu items are AVA-certified.

Share this story: Taco Bell trials own vegan beef at 50 outlets ahead of Beyond Meat launch later this year.