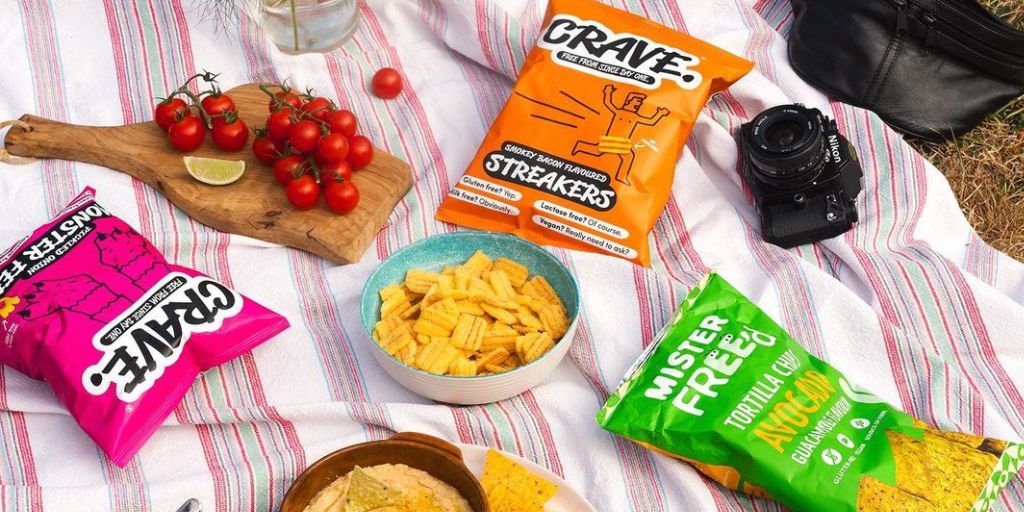 “It goes to show that vegan and free-from can be mainstream.”

The six episode series touted as Dragon’s Den meets Masterchef, pitted 36 small-scale businesses looking to become the next big thing against each other in a bid to win a contract to have their products sold in Aldi – Britain’s fourth largest supermarket chain.

“We almost didn’t enter, as we thought they were looking for artisan foods, and we didn’t think a vegan and free-from brand was what they were after but what the hell,” Rob Brice, founder of the brand said.

“They can only say no right? So, we entered online and thought nothing of it.”

How did Crave win the contest?

After impressing the panel in the assessment rounds Crave was invited to the Aldi HQ to present products to Julie Ashfield, Managing Director of Buying at Aldi.

“All I had to do was present some of our snacks, I think our pitch went down well and we tried to get across who we are and how we like to do things a bit differently,” Brice said of his time in the show.

After a successful presentation, Crave was selected as a finalist in the store cupboard category. The final task required the start-up to come up with a brand-new product complete with packaging design within 2 weeks.

Crave: ‘Bold flavour and a bit of fun’

The snack brand was founded in 2020 after Brice, who worked in the food industry, was frustrated by the lack of vegan and free from options that are normal and deliver on taste and fun.

Determined to create products that are ‘indulgent, delicious and fill that void of all those products you’ve been craving,’ Brice  launched  Crave’s famous product Pickled Onion Monster Feet, a vegan version of popular UK snack Monster Munch.  He also rolled out a vegan version of another famous UK snack called Frazzles.

The brand also sells vegan choc bars ‘Kitchen Sink’ and ‘Rocky Road’ that have been described as “normal and fricking delicious!”

All products in the portfolio are gluten free, milk free, vegan and lactose free.

“My inspiration for Crave was seeing that so many free-from foods were either bland and boring or firmly focussed on health, I wanted to shake things up, bring bold flavour and a bit of fun,” Brice said.

He added: “The listing in Aldi for us is huge, our biggest order to date and we hope the start of a beautiful relationship!!! The Aldi team have been great to deal with and we like to think they get Crave,  what we’re about and what we’re trying to do.

“It goes to show that vegan and free-from can be mainstream. Julie and the team loved the fact that Crave is all about delivering those normal food products that people may be missing out on, they loved our cheeky tone of voice and what we do.”

Post the win Crave’s products now appear as Specialbuys in Aldi stores nationwide for a limited period of time.