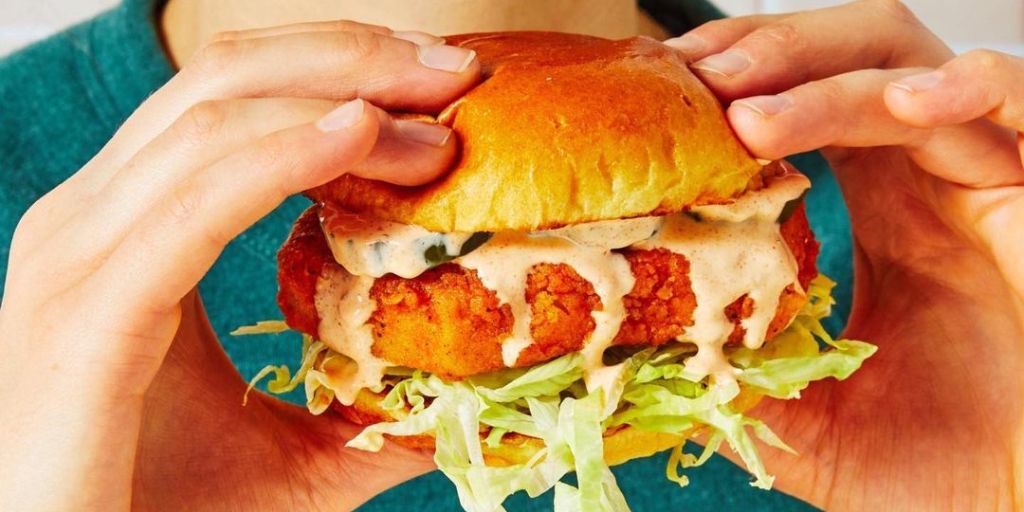 Plant and fungi-based meat creations from Beyond Meat, Meati, and MyForest Foods are among Best Inventions of 2022

Beyond Meat’s new vegan steak won TIME’s praise for being  a healthier alternative to its animal-derived counterpart.

“Beyond Steak is easy to imagine in burritos and stir fries, or as a salad topping,” TIME said of the innovation.

“The fibrous texture of real steak is there.”

Announcing the news on Instagram, Beyond Meat wrote: “Our goal is always to make the best tasting plant-based proteins that are better for people and the planet, so we couldn’t be more honoured by this recognition of our newest addition to our beef portfolio.⁠”

The Beyond Steak is now available at Kroger and Walmart stores nationwide as well as other select retailers.

⁠In addition, the brand added two new options, Beyond Popcorn Chicken and Beyond Chicken Nuggets to its vegan chicken range this week. The products will be rolled out in over 5,000 Kroger and Walmart stores nationwide as well as select Albertsons and Ahold divisions and other retailers across the country.

Meati’s animal-free Classic Cutlet and Crispy Cutlet made the list for looking and tasting ‘remarkably like actual chicken’.

The products are made with at least 95% mushroom root.  The offerings avoid the fat and cholesterol of conventional animal meat while providing 15g protein, 9g dietary fibre and a host of micronutrients, such as Riboflavin, Niacin, Folate, Vitamin B12, and Iron.

The honour comes just after Meati Foods’ Series C funding, and on the same day as the debut of their Carne Asada Steak and Meati Bundle offerings.

“We’re honoured to be included in TIME’s carefully curated annual list, joining past awardees that have innovated to create worldwide impact,” Meati Foods CEO and co-founder, Tyler Huggins said in a statement.

“We set out to change the way people eat by democratising access to delicious, exceptional nourishment, and this honour validates Meati’s mission as we pave the way for healthier people and a healthier planet.”

MyBacon is now available in three natural food markets and the company’s brand-new vertical mycelium farm in upstate New York, which opened in July, will help scale up the retail and direct-to-consumer plans.

Meanwhile,  Aether Diamonds, a vegan-certified jewellery company that makes diamonds from carbon emissions and Hourglass Cosmetics, which launched a red lipstick made with a vegan alternative to carmine also made it to the list.

Many vegan innovations have featured in TIME’s Best Inventions lists in recent years.

Impossible Foods’ Impossible Pork made the list in 2020 whereas Beyond Meat’s Beyond Sausage made it in 2018.