Would you make your dog eat lab-grown meat? 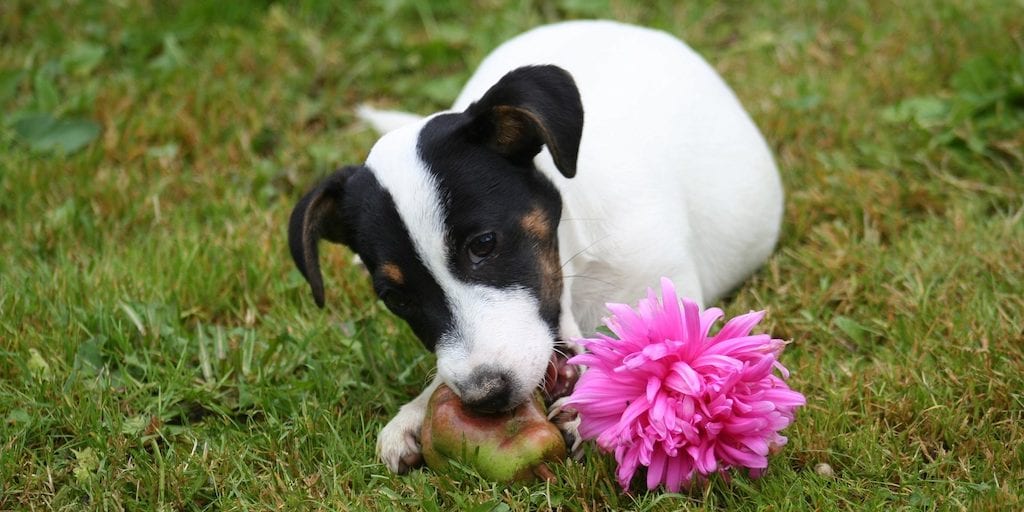 The global pet food sector emits more greenhouse gases than countries including Mozambique and the Philippines.

In the last few years, plant-based food choices have soared in popularity for health, planet and ethical reasons.

Understandably, pet owners also want the best for their furry companions, especially when it comes to food.

According to a 2021 SPINS report around 60% of dog and cat owners said that they are “very” or “somewhat” concerned about their pet’s nutrition.

A recent UK study found that 61% of pet owners want to know the environmental impact of the food their pets eat.

The carbon footprints of paw-products are sizable, but are often not accounted for. Pets aren’t included as consumers while calculating the overall meat consumption of a country. However, animal-derived products make up a significant portion of their diet.

A 2017 study published in the scientific journal PLOS One showed that if cats and dogs comprised a separate country, they would rank fifth in terms of meat consumption.

This means, the fluffy nation would produce roughly 64 tons of carbon dioxide a year.

According to a study published in the journal Global Environmental Change,  the global pet food sector emits more greenhouse gases than countries including Mozambique and the Philippines.

The report also showed that every year an area double the size of the UK is used to produce only dry pet food for cats and dogs. Wet foods would require additional space and resources.

In the US, where around 67% of households own at least one companion animal, a study showed that   cat and dog food accounted for up to 30% of the environmental impact of meat production.

In a bid to offset the footprint of the pet food industry, many pet owners have switched their pets to a plant-centric diet.

While the debate whether or not we should feed dogs a plant-based diet is still ongoing, it is generally accepted that cats need meat to survive, so it cannot be entirely removed from their food.

This has led to many food-tech startups to create plant- based products that cater to pets.

One can find an array of sustainable alternatives, such as vegan foods, insects, and even lab-grown meat.

The latter is also known as cell cultured or cultivated meat, and numerous companies are working on bringing it to the market.

Some of them include London-based Good Dog Food, which is hoping to bring it to market in the next few years.

Two biotech firms, Agronomics and Roslin Technologies,  have collaborated in their research to grow lab-made chicken.

What is cell-based meat?

Cell-based meat is grown in a lab. The process  begins with stem cells, typically taken from an embryo, but also sourced from adult animals. These are then grown in a nutrient medium similar to what happens inside an animal’s body when they are fed nutrients such as amino acids, glucose and vitamins.

Having the potential to reduce the emissions generated by conventional meat production by up to 92%, cell-based alternatives are also being proposed as a solution to animal agriculture’s devastating impact on the environment.

Owen Ensor, chief executive of Good Dog Food, told BBC, that lab-grown meat uses significantly less land, water, and electricity, and reduces agriculture-related pollution, deforestation and biodiversity loss. It is also expected that production will not require the use of any antibiotics.

He further said that the meat alternatives would in fact be a better option than vegan  pet food, which have synthetic supplements added and have limited evidence in terms of their  long-term safety and efficacy to provide wholesome nutrition to pets.

According to dog nutritionist Alyssa Ralph, owners often seek to apply their own food choices to their pet.

“One major example of this was seen when gluten-free diets became very trendy for people, and shortly after the grain-free pet industry suddenly exploded.

“More recently, we have seen this trend with vegan diets.”

London-based Omni, a brand that sells plant-based dog food said it witnessed  more than six-fold growth in sales since September 2021 and has sold more than 90,000 vegan dog meals to date.

While Good Dog Food and others are trying to introduce cell-based food in the pet category, the acceptance of cell-based meat is still slow in the food industry.

Only one such a product – cultured chicken meat – from GOOD Meat has received regulatory approvals for sale in Singapore for humans.

The product was put on the COP27 menu for the first time ever this year at the event’s Singapore Pavilion.

Sampling of the dishes occurred at invite-only demonstrations held from November 12 to 14. Specific members of the press, government ministers and other notable figures were offered to taste the food.

Outside of Singapore, things are moving even slower. The US and EU are yet to grant approvals. The US Food & Drug Administration (FDA) only recently declared that chicken made by UPSIDE Foods – a Californian start-up is safe to eat.

Would you eat and switch your pets to eating cell-based meat?

This is a good question to ask especially since experts have pointed out that cell-based meat could be the answer to the huge ethical and environmental costs of animal farming.

Some vegans may find the production process for lab-grown meat unacceptable, since it would still require the use of animal cells.

However, with the window to tackle the life-threatening effects of climate change and environmental disasters fast closing, the introduction of alternative meats is imperative.

The advent of lab-grown meat is inevitable and while everyone is entitled to their opinion, if certain conditions are met and the technology is directed in the most ethical direction as possible, then vegans could support lab-grown meat in a bid to reduce harm to animals and for the benefit of the environment.

Share this story: Would you make your dog eat lab-grown meat?