Farm where pigs had tumours the size of volleyballs avoids prosecution 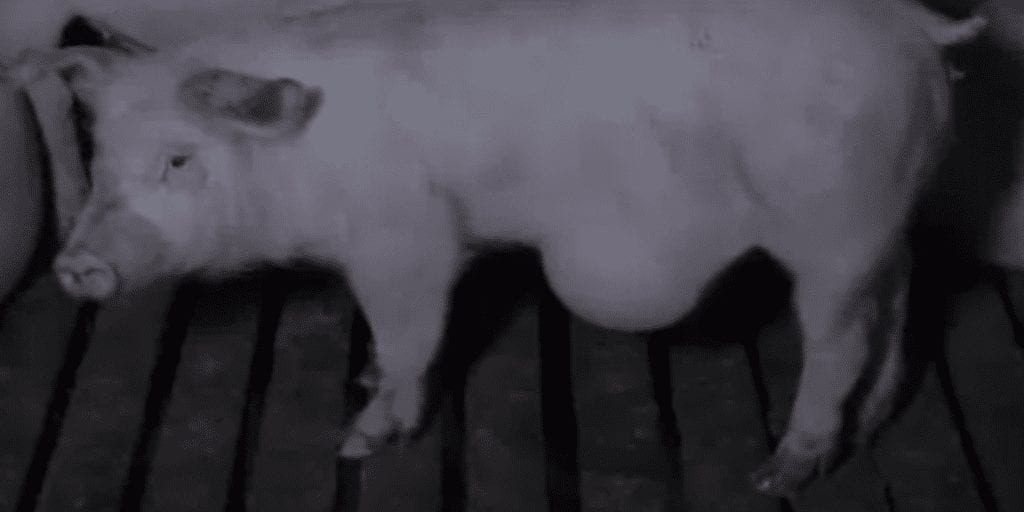 A ‘dungeon-like’ hog farm where pigs had tumours the size of volleyballs has avoided prosecution despite an investigation by animal rights activists.

Campaigners released disturbing footage and claimed it was filmed at a farm in Abbotsford, British Colombia, Canada, but authorities said there is not enough evidence to link the video to the farm.

200 activists descended on Excelsior Hog Farm last month after People for the Ethical Treatment of Animals (PETA) claimed an investigation was filmed at the hog farm.

The footage shows pigs crammed into pens, animals with serious illnesses and dead pigs and piglets lying on the ground while others walk nearby and over their carcasses.

Authorities said the videos did not have the correct timestamps and location indicators which would allow a prosecution.

“The individuals or individual responsible for filming has not come forward to provide a statement to accompany the video,”
SPCA spokesperson Lorie Chortyk told Global News.

“This evidence is essential to the case as without it there is not sufficient legal evidence to support recommending any type of charge of distress before Crown counsel would even consider a charge.

“Simply having a video clip is not enough to build a case for recommendation for charges,” she said.

Authorities visited the farm but did not believe anything at the property warranted charges.

PETA spokesperson Moira Colleysaid in a statement the video ‘revealed the misery of severely injured and lame pigs, including some with volleyball-size hernias, suffering and dying in pain in dungeon-like conditions’.

“This footage was captured by someone who has seen laws and the justice system fail animals over and over. Decent people must clamor for this abusive industry to end and anyone who was disturbed by the video can help by never eating pigs,” she added.

A spokesman for the farm said the footage had been staged and some of it could not possibly be at the farm – where they said pigs can roam freely.

A veterinarian for the farm said the welfare of the pigs was checked every three to four months, and that the ill pigs pictured in the video were confined to the farm’s hospital area.