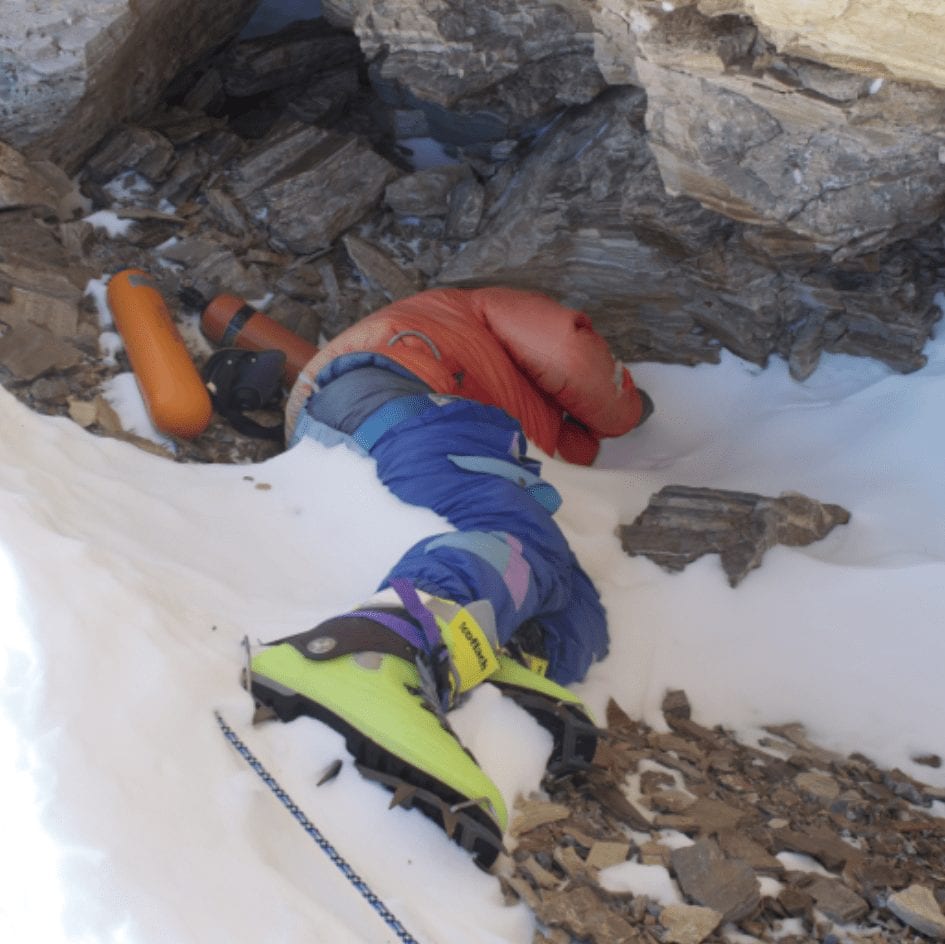 Global warming has changed temperatures so drastically in Nepal’s mountains that human remains are emerging from the melting snow on Mount Everest.

Veteran climbers and guides have reported that finding human bones of fallen climbers has become an expected part of the journey.

Climber Kami Rita Sherpa, who has summited Everest a world record 24 times, has seen it all first hand at Everest base camp.

“Snow is melting and bodies are surfacing,” he told the New York Times. “Finding bones has become the new normal for us.”

Climbers finding frozen bodies on the mountain is not a totally new phenomenon, but it is accelerating as more snow melts.

An estimated 300 people have died on Everest out of 4,800 different climbers to attempt the summit – a terrifying fatality ratio of 1 in 16.

And the logistics involved in retrieving the bodies have bordered on impossible in some scenarios.

The human body cannot cope with the so-called ‘death zone’ altitude of more than 26,000 above sea level for long, so any issues with equipment, weather, snow or large crowds of newbie climbers can be fatal.

And now that temperatures are rising across the globe, the fallen adventurers’ remains are becoming visible across the mountain.

The Nepalese Government says this is a result of climate change, as the mountain’s glaciers gradually melt.

It’s estimated that the remains of more than 100 bodies still rest high up the mountain, and there is an ongoing argument about what’s best to do about it.

Some want the bodies to be retrieved and returned to any family members, whereas others think the lost mountaineers are now a part of the mountain and belong there.

Some of the bodies are extremely well-preserved and even have facial expressions visible, whereas others are scattered in hundreds of pieces due to avalanches – making them hard to retrieve in one of the world’s most treacherous locations.

And even for the fully intact bodies, it is incredibly dangerous to attempt to move corpses which weigh up to 300 pounds due to the frozen ice and equipment.

For climbers to attempt to carry that weight across the danger-stricken terrain of Everest would be borderline suicidal.

So it seems anyone wanting to summit the world’s highest mountain must pass through a haunting gallery of those who have become its victim.