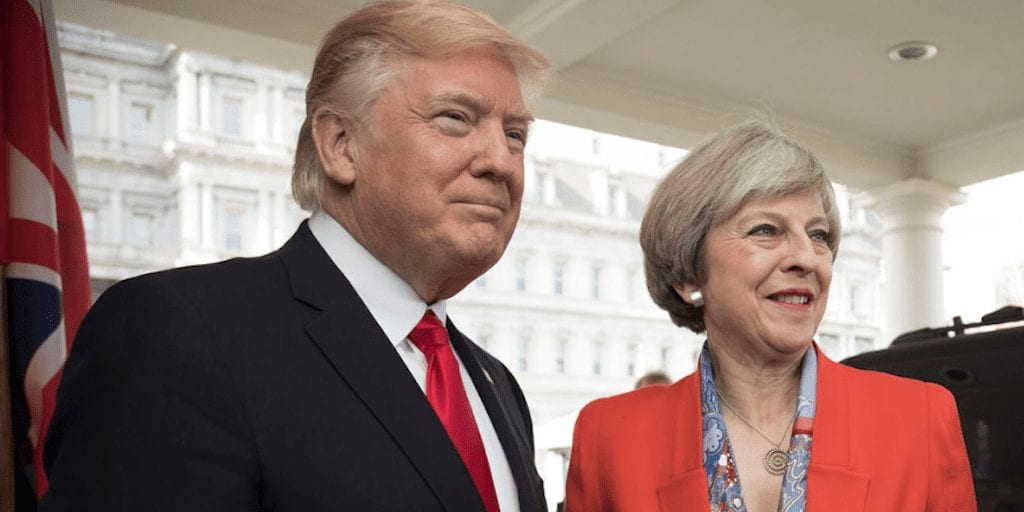 Donald Trump is spending three days in the UK

The PM will echo a warning letter written by 250 climate change research academics which outlines the huge global consequences of the US President’s record on global warming.

A spokesperson for the UK government told the BBC: “The prime minister has raised climate change with the president before and will do so again during his visit.

“Tackling climate change is a priority for the UK. We are driving forward international action through our work at the UN and with our Commonwealth partners, and we’re proud to have offered to host COP26 (the UN climate summit in 2020).

“As the prime minister has said previously, we were disappointed by the US decision to withdraw from the Paris Agreement in 2017 and continue to hope they will return.”

The letter to the UK Government was written by Bob Ward, policy and communications director at the Grantham Research Institute at the London School of Economics (LSE), and signed by experts from 35 universities and research institutions across the UK.

“The President’s refusal to tackle climate change, and particularly his initiation of the withdrawal of the United States from the Paris Agreement, is increasing risks for lives and livelihoods in the United States, the United Kingdom and around the world,” the letter states.

“Since his inauguration in January 2017, President Trump has taken a series of decisions that undermine both international and United States domestic efforts to stop the continued rise in atmospheric concentrations of greenhouse gas concentrations that are driving climate change.”

The letter goes on to urge Theresa May to demand that Donald Trump acts on three fronts:

What do you think on Donald Trump’s approach to climate change? Share your thoughts in the comments below!