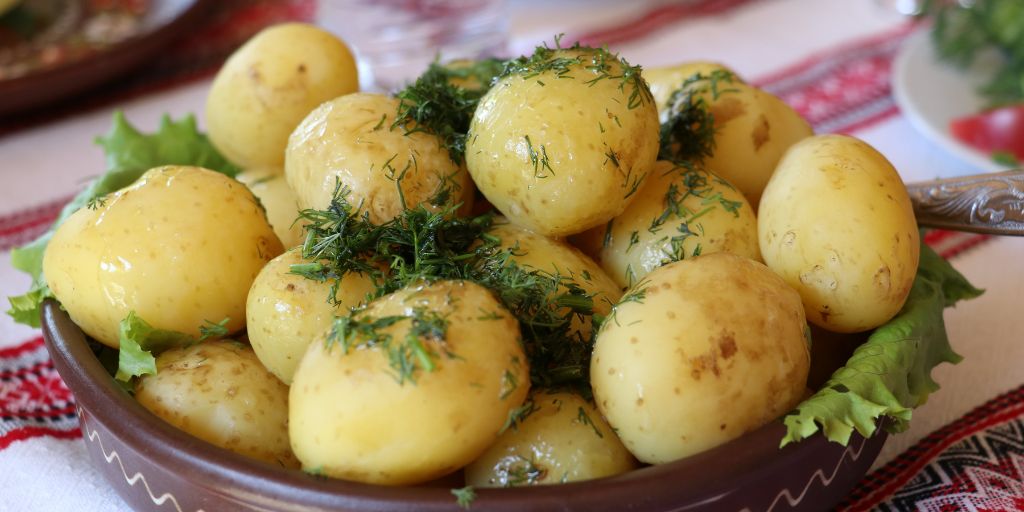 “Muscle protein synthesis rates following the ingestion of 30 grams of potato protein do not differ from rates observed after ingesting an equivalent amount of milk protein,” the study lead author said.

Plant protein derived from certain foods can be as efficient as animal milk for muscle synthesis, suggests a new study.

According to research published in Medicine & Science in Sports & Exercise, potatoes can be as dependable a protein source as animal milk for athletes looking to build muscles.

Despite being debunked numerous times, it is commonly believed that animal protein is vital to maintain and build muscle mass since it provides adequate amounts of all the essential amino acids needed in Muscle protein synthesis (MPS) – a process through which amino acids become skeletal muscle proteins.

Moreover, the quality of protein consumed during recovery from exercise is also said to influence MPS rates.

Researchers at Maastricht University in the Netherlands hypothesized that potato protein may have the same impact on MPS and conducted a study to determine how potato proteins support these anabolic reactions that affect muscle mass.

Potatoes, the world’s third most consumed crop, contain only 1.5% protein based on their fresh weight.

However, the researchers found that the amino acid composition of potato protein resembles that of milk protein closely.

The tuber also “provides sufficient amounts of all individual essential amino acids according to the WHO/FAO/UNU amino acid requirements, with no apparent deficiencies.”

To test their hypothesis, researchers performed a double-blind study where they recruited 24 healthy, active males. The participants’ ages ranged between 18 to 35.

The participants were made to train on a press of legs and then randomly assigned  to either consume 30 grams of milk or potato protein.

The researchers then measured how each of the protein sources affected MPS and found both to be comparable.

Lead author Dr. van Loon told MNT that the special diet and fasting protocol was designed so as not to “affect the anabolic response to protein ingestion the following day.”

The study concluded: “Ingestion of 30 grams of potato protein concentrate increases muscle protein synthesis rates at rest and during recovery from exercise in healthy, young males.

“Muscle protein synthesis rates following the ingestion of 30 grams of potato protein do not differ from rates observed after ingesting an equivalent amount of milk protein.”

This study further corroborates findings of other studies on the same topic.

A 2017 study found that plant protein builds muscle the same as animal protein with fewer serious risks such as no cholesterol, lower saturated fats, and decreased risk of exposure to foodborne illnesses in comparison to animal-based protein sources.

Higher levels of animal protein in the human body has also been linked to increased risks of diseases such as cancer and diabetes.

A few limitations noted by the team included small sample size, and the enrollment of only male and young participants.

Furthermore, a portion of this study was also funded by potato industry group Alliance for Potato Research & Education although the group declared it had no influence on the study design, conduct, execution, or data analysis after approving the initial proposal for funding.

Share this story: New study shows that potatoes can be as good as animal milk for building muscle.