5 of the best cities in the world to be vegan 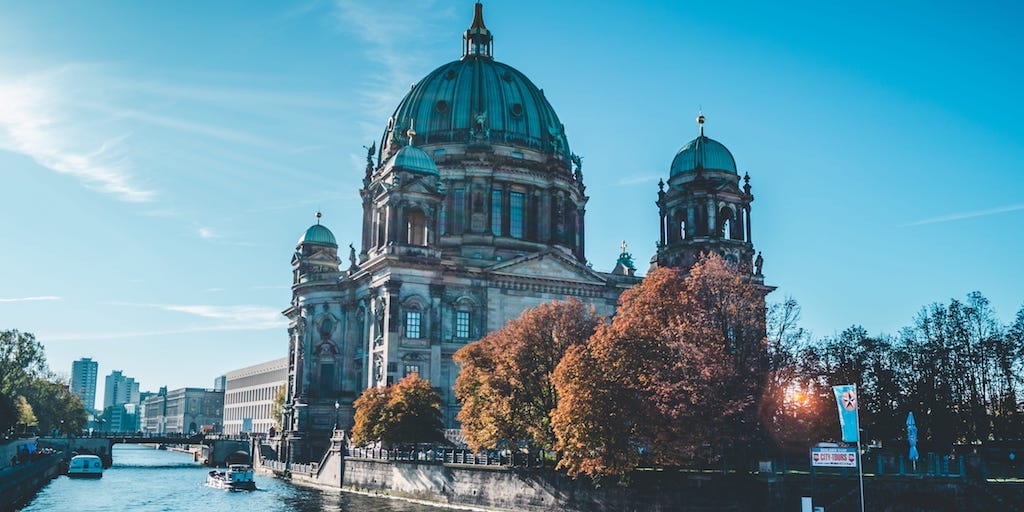 Think of granola and whole food stores and it’s probable that Portland comes to mind. The city boasts the USA’s oldest tofu making company (it’s called Ota Tofu, and it opened in 1911) and – somewhat radically for the time – was home to three vegetarian restaurants by 1900. Then 100 years on in 2003, Food Fight! in Portland was among the world’s first ever vegan supermarket. But what’s it like today? Well, in 2016 PETA declared it the No. 1 vegan-friendly city in America, and it shows no sign of slowing down its plant-based reputation. In fact, veganism is so mainstream in Portland (paradoxical as it might at first appear, there’s even a vegan strip club), people who still eat and use animal products are fast becoming the minority.

It’s not so much because Germany was the world’s fastest growing vegan market in 2017, and it’s not because vegan foods are relatively cheap here in comparison to the rest of the world. Happycow actually crowned Berlin the number one vegan-friendly city in the world – and with approximately 80,000 out of the 3million of its citizens identifying as vegan, it’s not difficult to see why. It’s estimated that there are around 470 restaurants in Berlin that are either fully or comfortably cater for vegans, plus there’s an entire street that’s dedicated to all things vegan: Schivelbeiner Strasse, which literally translates as ‘Vegan Avenue’. Das ist super cool.

A whopping 13% of Taiwan’s population do not eat meat, and thanks to the country’s Buddhist proclivities, animals are afforded a high degree of respect thanks to the belief system’s cruelty-free tenets. Therefore, by default, it’s relatively easy to eat vegan here, and in the country’s capital, there are a number of vegan-friendly restaurants in Taipei.

For a country that unabashedly brags about its kangaroo burgers and prides itself on a tradition of ‘throwing another shrimp on the barbie’, meat eating in Melbourne is falling out of fashion as quickly as bushfires spread. While barely 20 years ago could you find somewhere in Melbourne that offered at least vegetarian, these days you’ll be spoilt for choice for vegan eateries. From dessert restaurants to cocktail bars, with a litany of plant-based restaurants in between, the Melbourne vegan scene is pretty hipster – which of course means that your Insta will love the time you spend here just as much as you will.

While it’s relatively common knowledge that dairy really isn’t big in Japanese cuisine, what isn’t that well known is that the likes of Kyoto are a mecca for vegan travellers. Happycow estimates there to be 100-plus restaurants in the city that offer vegan dishes – and we’re not just talking ramen. The city boasts a generous range of cuisines from around the world – French, Israeli, Italian to name a handful – which the vegan traveller can enjoy, as well as dedicated plant-based eateries, the type that serve non-dairy cheesecakes and smoothies. Where the vegan movement does tend to have prevalence in western countries, Kyoto is most certainly an exciting pin for your map of the vegan world.

Where in the world have you been that’s blown your vegan socks off? Any tips for vegan travellers? Let us know in the comments below.