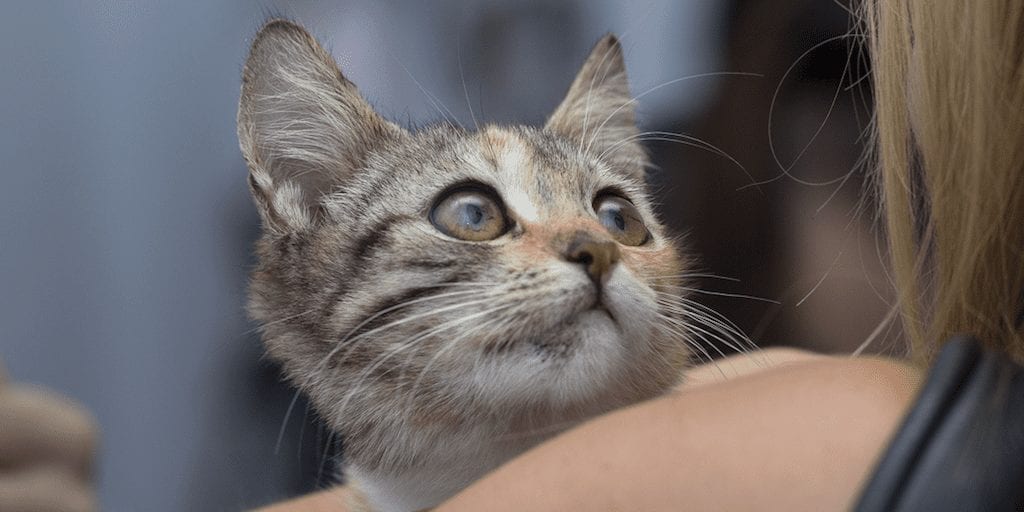 An animal shelter has freed 109 cats and 3 dogs from an insect infested house where the animals were kept in decrepit conditions.

The Friends Animal Shelter in Tennessee, USA is crammed full of feline residents after the shocking discovery at a small trailer.

Shelter Director Elisha Henry, two deputies and the county’s animal control officer visited an elderly woman living alone in a mobile home after receiving a tip about the pets being abandoned at her residence.

Speaking to 10news, Henry said: “We had a report of hoarding cats and went to an elderly woman’s home.  Before you even got out of the vehicle you could smell ammonia.

“I said, ‘Oh boy. Here we go.’ When you went inside it was sickening. There was so much mold and filth in the air. It was extremely sad.

“I never thought in a million years there were that many cats in there. Overall, we took 109 cats and three small dogs.

“They are very malnourished, full of worms, and covered in fleas. Our veterinary assistants have been vaccinating the cats. We have had to give fluids and we’ve had to give B12 [vitamin] shots.”

Although the woman agreed to handover the cats, Henry said: “I actually found myself tearing up a bunch whenever we got back, because you can tell how much it meant to her. She will never say thank you to me or my staff, but you can tell as it was going on, it was hurting her because it had become her life.”

Henry said she is livid with people for taking advantage of the woman and dumping their pets in her care.

“What happened was this county and people from other areas took advantage of her. They took a woman, who couldn’t say no, and they would just dump cats on her and she felt like she was doing a good thing by taking care of these animals.

“She tried. I mean it’s clear and obvious she was trying but she’s 63 and the overwhelming amount of work and not enough people to help her and I have no desire to charge her. I think the ones who should be charged with this are the ones who knew about it and did nothing,” she added.

The County Animal Control Officer told 10News that the woman wouldn’t face any criminal charges if she guaranteed not to shelter more than eight cats in her home at a time.

The cats have been attended to medically, but many are seriously unwell with worm infestations and lung infections.

The shelter is cramped for space and has reached out for help to ensure the cats are tended to and adopted.

“We need every shelter, rescue and foster in line to pull these cats. We do not have enough room for them. Please share, please help.”

Henry said they would continue visiting the woman on a weekly basis to make sure she does not carry on collecting cats.

The cats are up for a two for one sale of $50. The cost includes spray and neuter procedures and vaccinations.

You can contact the shelter through its Facebook page or call (423) 532-8475 if you can volunteer or help in anyway.

Share this article to help find a home for the cats.