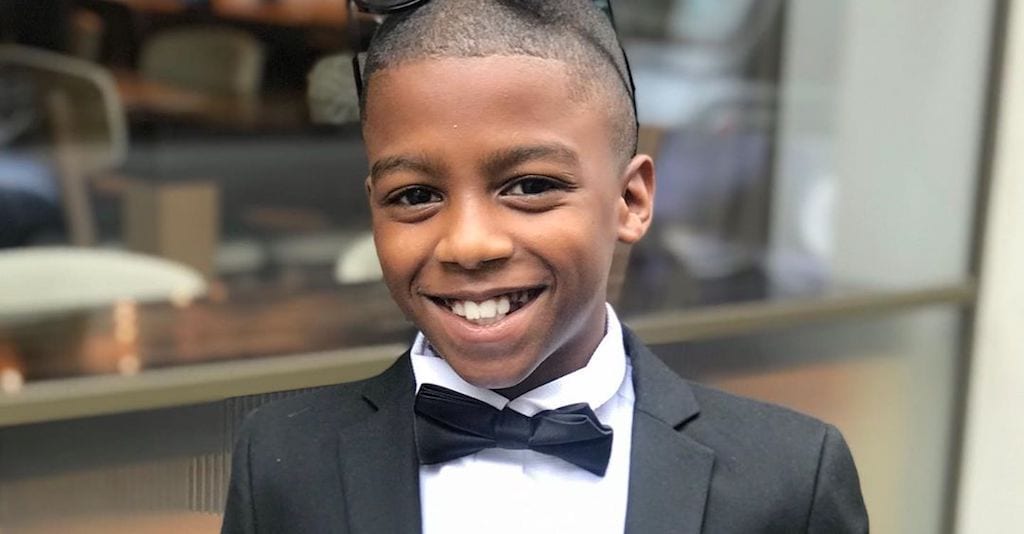 Award-winning vegan chef, Omari McQueen, is about to open his first restaurant at only 11 years old – making him perhaps the world’s youngest restaurateur.

The pop-up restaurant, Dipalicious, will be in Boxpark, Croydon, from August 17-24. Menu details have not yet been released, but McQueen has shown off his BBQ jackfruit and breadfruit chips on TV and radio appearances, and his products show a Caribbean influence.

McQueen began making vegan recipe videos for YouTube in 2017 at the age of 8. According to the Dipalicious website, Omari and his brother learned to cook from their parents when their mother began to suffer from migraines and had difficulty cooking for the family.

After deciding to learn how to be a chef, “he discovered veganism after coming across a PETA UK video on YouTube. He became very determined to know more about veganism and decided he would become vegan and teach other children about the food that they eat.”

After making a vegan pizza for his YouTube channel, McQueen found the result too dry, and so created his first Carribean dip to liven it up. This led to his first entrepreneurial endeavour, a range of vegan dips, which has since expanded to include juice packs, snacks, and seasoning.

“Omari has gone from strength to strength and practices different cooking skills and meals daily, he researches the benefits of everything he cooks and works out the benefits of what he eats.”

Awards won by McQueen include the TruLittle Hero Award for Entrepreneur Hero Under 12, and PETA’s Compassionate Kid Award, both in 2018.

“Omari’s innovative kitchen creations make it easier than ever for people to dip into a vegan lifestyle,” says Elisa Allen, director of PETA. “His compassion and his determination to create a better world for animals are a wonderful example for other kids – and adults – to follow.”

At Boxpark, a “pop-up mall” and street-food market, McQueen’s restaurant will be in good company among well-established vendors such as Dum Dums Donutterie and The Breakfast Club, as well as vegan businesses What the Pitta!, known for its signature vegan doner kebab, and Oatopia, a vegan artisan porridge cafe.

McQueen hopes that his passion will serve not only to promote veganism and cooking, but to inspire young people. “Hard work always pays off”, he writes on Instagram. “[…]never underestimate your potential”.

Will you be heading to Boxpark Croydon this August to try Omari’s food? Share your thoughts in the comments!