11,000 scientists declare meat consumption is one of the leading causes of the looming climate crisis – Totally Vegan Buzz
Skip to content

11,000 scientists declare meat consumption is one of the leading causes of the looming climate crisis 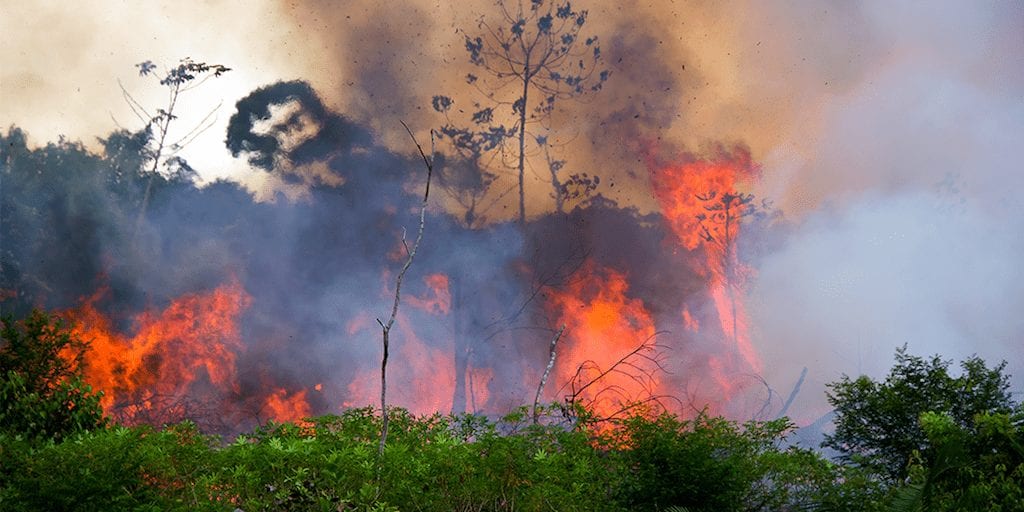 11,000 scientists have co-signed a letter stating the earth is in a ‘clear and unequivocal’ climate emergency and have urged people to implement changes that will help save the planet.

On the 40th anniversary of the first World Climate Conference in Geneva, a coalition of 11,000 scientists called the Alliance of World Scientists co-signed a letter published in the journal BioScience declaring the world is in the midst of a climate emergency.

The scientists’ group representing more than 153 countries said it was “morally obliged” to warn the world of the troubling times ahead.

With a slew of data collected over the years, the report said: “On the basis of this obligation and the graphical indicators presented below, we declare, with more than 11,000 scientist signatories from around the world, clearly and unequivocally that planet Earth is facing a climate emergency.”

The alliance wrote: “Despite 40 years of global climate negotiations, with few exceptions, we have generally conducted business as usual and have largely failed to address this predicament.

“Especially worrisome are potential irreversible climate tipping points and nature’s reinforcing feedbacks (atmospheric, marine, and terrestrial) that could lead to a catastrophic ‘hothouse Earth’, well beyond the control of humans.

“This will free up croplands [sic] for growing much-needed human plant food instead of livestock feed, while releasing some grazing land to support natural climate solutions.”

“As scientists, we urge widespread use of the vital signs and hope the graphical indicators will better allow policymakers and the public to understand the magnitude of the crisis, realign priorities and track progress.”

The US leaving the Paris Climate Pact

While the world recognizes the need for immediate climate change directives, elsewhere US President Donald Trump started the official procedure of quitting the landmark Paris climate accord. The Paris accord brought together 188 nations to combat climate change. Signing the pact in 2015, the countries had committed to keeping rising global temperatures below 2C above pre-industrial levels.

Currently, the US is the only nation to back out of the deal.

The US contributes to about 15% of global emissions of carbon dioxide and Trump’s decision has sparked condemnation from environmentalists and world leaders.

“The United States is not cooperating with the rest of the world on dealing with climate change,” said Andrew Light, a former climate official in the State Department involved in formulating the Paris Agreement.

“These agreements are just only as good as the commitments from each country.”

Chinese foreign ministry spokesman Geng Shuang said:  “We believe that climate change is a common challenge faced by all of mankind.

“We hope the US can take more responsibility, and do more to contribute a driving force to the multilateral cooperation process, instead of adding negative energy.”

The US exit “undermines this agreement in the most serious way, because it is the leading country in terms of emissions,” President Vladimir Putin’s spokesman Dmitry Peskov told reporters. “And without the largest economy in the world, it’s very, very hard to talk about any kind of climate agreement.”

Nancy Pelosi, the Democratic speaker of the House, criticized the President’s move: “The growing climate crisis is the existential threat of our time, jeopardising the health and well-being of every family in every community around the world. President Trump’s shockingly-reckless decision to formally pull the United States out of the Paris Climate Agreement is yet another disastrous anti-science, anti-government decision that sells out our planet and our children’s future.”

Bill McKibben, leader of climate campaign group 350.org, told BBC Newsday programme:  “It is about the darkest moment in American diplomacy in a very, very long time and a huge blow to global efforts.”

What do you think of this study? Share your thoughts in the comments section below!