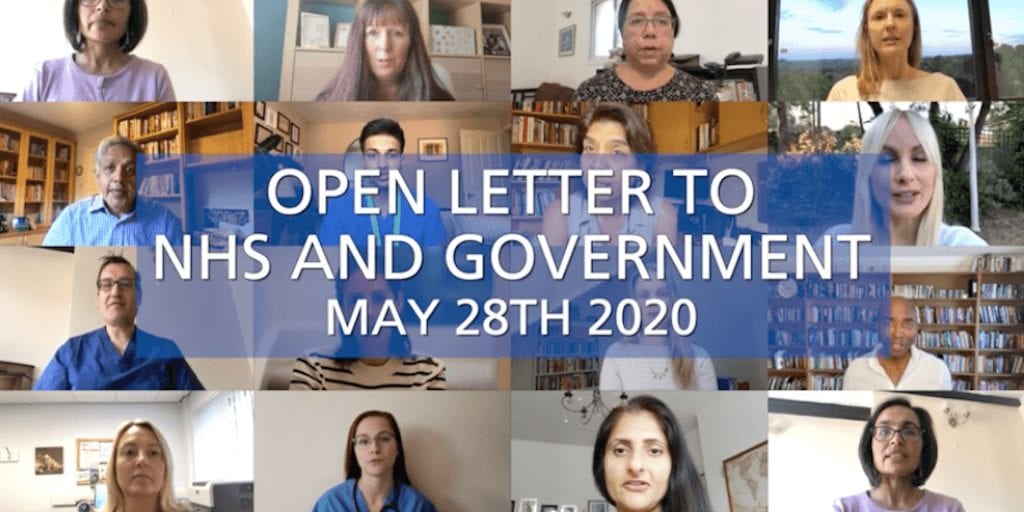 ‘One-in-five deaths in the UK are caused by unhealthy diets, which is one high in processed foods and animal foods.’

On World Nutrition Day, 28th May 2020, more than 200 NHS doctors and staff signed an open letter urging the UK government to implement measures to discourage the consumption of meat, dairy and junk food.

The letter comes in response to COVID-19 related data, which shows that patients with diet-related health complications are more likely to die from the virus.

Which is why the doctors want the UK government to tax meat, dairy and junk food and subsidize plant-based foods in order to bring about significant changes to the ‘unfair, unhealthy and unsustainable’ food system once the pandemic subsides.

‘This is really urgent’

Consultant Haematologist Dr Shireen Kassam, founder of Plant Based Health Professionals told Metro.co.uk: “This is really urgent, 80% of chronic illnesses are directly related to diet and lifestyle and one-in-five deaths in the UK are caused by unhealthy diets, which is one high in processed foods and animal foods.

“The NHS is overwhelmed with diabetes, cancer and cardiovascular health diseases.

“The current pandemic has shown the vulnerability of the population’s health. We have been at crisis point for a long time, probably nearly a decade.”

Her concerns are in line with numerous studies that have repeatedly highlighted the implications of diets rich in meat and dairy products.

In addition, experts have pointed out that deadly outbreaks of swine flu, avian flu, SARS, HIV, foot-and-mouth disease, mad cow disease, and other zoonotic diseases have all invaded the human world from farming animals for food.

Even PETA wrote a similar letter to Chancellor of the Exchequer Rishi Sunak suggesting that meat and dairy should be taxed similar to tobacco, alcohol, sugar, and fuel – all of which are taxed because of their negative impact on human health or the environment

The animal charity noted the tax “would lighten the burden on the already overstretched NHS: modelling predicts that a UK tax on red and processed meats could result in 22% fewer deaths and save the health service £700 million a year.

“Pressure on the NHS, the economic fallout of the COVID-19 pandemic, and the climate crisis are three of the most worrying problems facing the UK today. By levying a tax on meat and dairy, you’d be taking a significant step towards alleviating all of them,” PETA director of vegan corporate projects, Dawn Carr wrote in the letter.

“The resulting tax revenue could be used to help meat and dairy farmers make the transition into healthier, more sustainable crop farming at a time when the plant-based food market is booming,” he added.

According to the NHS doctors, it was time the government passed “bold post-Covid-19 legislation to allow for rapid, nationwide changes to the obesogenic and unsustainable food environment… which has added to the UK’s Covid-19 pandemic death toll.”

In the letter the group added: “As healthcare professionals we are concerned that business will restart as usual after the pandemic.

“It is not acceptable that the NHS is collapsing under the burden of chronic diseases, the majority of which could be prevented and treated by addressing diet and lifestyle factors.

“We are willing to take on the task of shifting the NHS focus from a reactive healthcare system to one that promotes health and prevents chronic illness.  However, this action needs to be fully embraced by NHS leaders and the government, who should now place the nation’s long-term health at the centre of their policy.”

Share this story if you support the idea of taxing meat, dairy and junk food.