2,000 hippos saved from slaughter by activists in Zambia 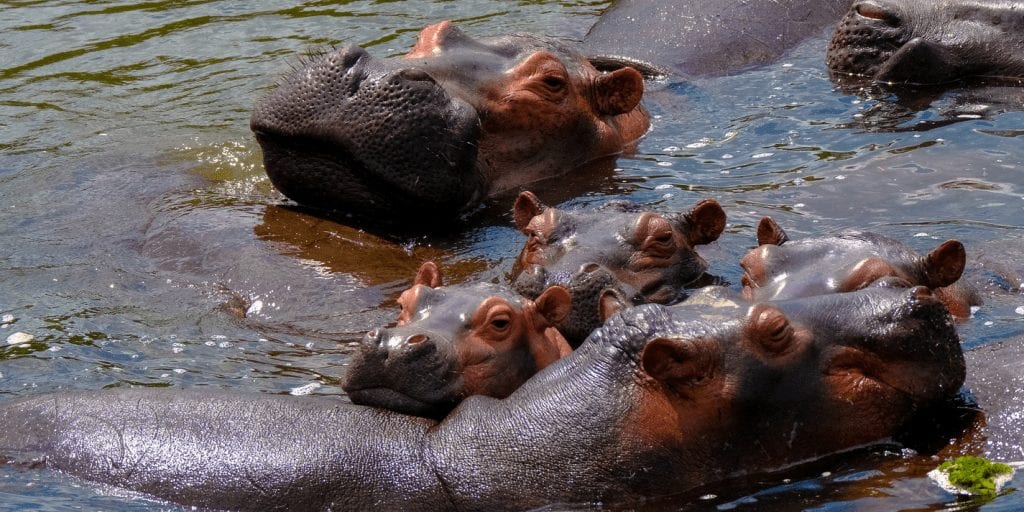 Zambia has more hippos than any other country in the world, and the Government came under fire after it announced controversial plans to ‘cull’ 2,000 animals over five years in Luangwa Valley.

The Zambian Government had announced a ‘hippos management hunt’ to reduce numbers in the region, but an ongoing battle between animal welfare groups and officials saw the plans cancelled in 2016, only to be reinstated in 2018.

But for now at least, international pressure, particularly from Born Free and threats of legal action from the National Association of Community Resources Board in Zambia, has convinced them to abandon plans once again.

Hunting firms have cancelled trips to the Luangwa Valley which will allow trophy hunters to kill the animals.

Umililo Safaris posted on its website: “It is with regret, but also relief that we announce that the Cull Program has officially been cancelled by the Zambian Government.

“Regret – As the main reason appears to be that non hunting groups has got its way yet again. Not a good thing for Africa.

“Relief – Since it was officially announced in 2018 that the cull program will commence in 2019, we have been bombarded with hate mail, calls and messages, on social media and main stream media.”

Animal rights groups are relentlessly campaigning against hippo hunting, as hippos are being used as a replacement for the elephant ivory trade due to intensified protections against elephants across Africa.

There are less than 130,000 hippos left in the world, meaning the species is officially listed as ‘vulnerable’.

What do you think of the hippo hunting industry? Share your thoughts in the comments below!