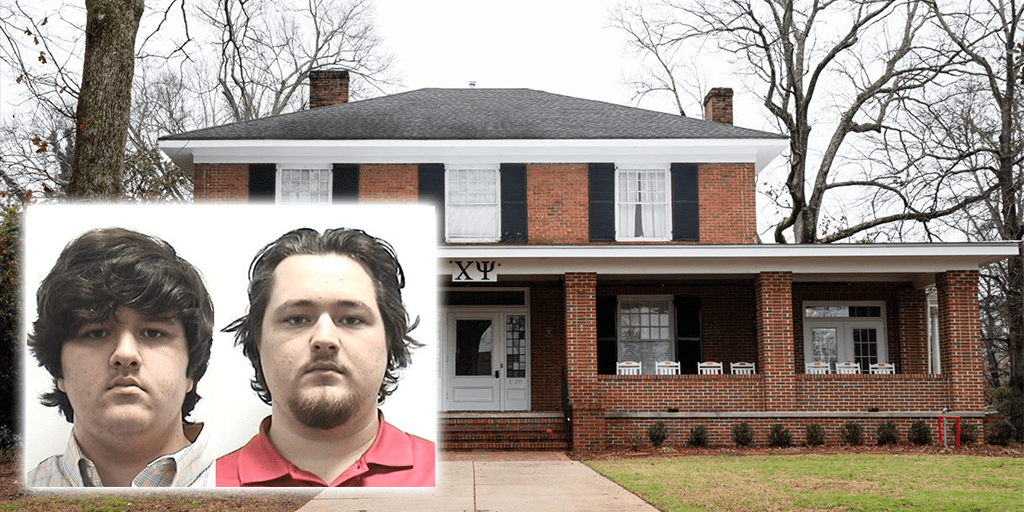 Three fraternity members at the University of Georgia have been charged by police after animal body parts were found on the porch of a rival fraternity – including several raccoon heads.

Brothers Carson Smith, 19, and Jackson Smith, 20 along with Conner Dunahoo, 19, were arrested for improper disposal of a carcass – a misdemeanor. The brothers were also cited for trespass.

They are accused of driving a pile of animal parts including skinned racoon heads, dead rats, raccoon feet, bloody latex gloves and a selection of entrails to Chi Psi fraternity. One of the skinned animals was later discovered to be a coyote.

The animals were all skinned in a parking lot of the Alpha Gamma Rho house days before they were dumped, according to police.

Shockingly, police revealed that none of the suspects have been charged with animal cruelty as they legally harvested the animals for their pelts.

A cook told police they saw a group “drinking, yelling and shouting as one of the brothers started to skin the pelt from a coyote carcass”. The cook reported seeing many other animals being dismembered and skinned on a ‘skinning rack’.

A spokesman for the national Chi Psi fraternity said in a statement: “We are thankful to the local authorities for their diligent work on this issue.

“We are moving forward and have no further comment on the matter.”

Chi Psi has announced that it will donate funds to the Humane society following the incident.

Police said the defendants explained that it was common for fraternities to play pranks of this nature on one another.

Share this article to reveal the lack of protections for animal welfare.