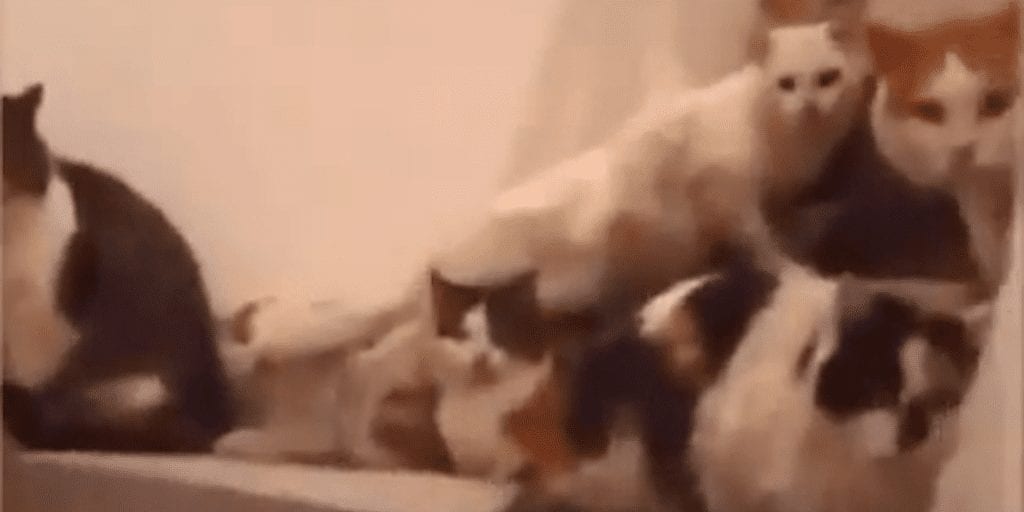 Activists in China rescued 375 cats destined for slaughter after following up a tip-off from a distraught owner whose pet had gone missing.

According to the Humane Society International the cats, which are seen crammed into tiny cages in footage filmed by activists, were being held illegally in a slaughterhouse in Tianjin.

They were found on December 1 by activists from China Animal Protection Power (CAPP).

Activists reported finding 24 wire cages containing 375 cats, many of which were malnourished and ill.

Piles of cat hair were seen outside, thought to be the remains of killed felines.

A member of CAPP said in a statement: “The first three cages of the cats we saw were heart-breaking.

“They were cages of misery. The hungry and sick cats cried louder when we approached them, as if asking us to help them.”

A tip-off from the heartbroken cat owner helped the group pinpoint the location of the slaughterhouse.

The man reportedly went looking for his cat as he suspected cat thieves for the meat trade operated in the area, and stumbled upon the warehouse. 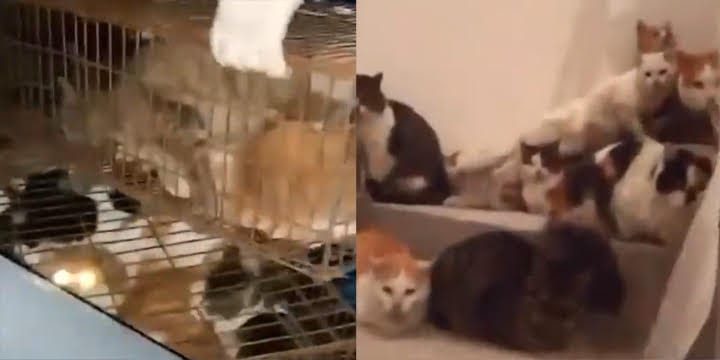 Peter Li, China policy specialist at HSI, told Newsweek: “The problem of dog and cat theft is significant in China, and often angry pet owners take the law into their own hands to confront the thieves, and even physically assault them.

“There have been instances where dog thieves have been killed. Without condoning that of course, the frustration of citizens is due to the complete lack of action by the police in many parts of China.”

Cat meat is not openly sold in the area, but is in other parts of China such as remote provinces of Guangdong and Guanxi.

Li said in a statement: “The way cats are killed for China’s meat trade is notoriously brutal.

“They are grabbed around the throat with large iron tongs and then beaten over the head with a metal or wooden stick whilst their terrified cage mates look on. Some may still be conscious when they are thrown into a pot of boiling water to remove their hair.”

“After that they are disemboweled, beheaded and de-footed to disguise the species, before being shipped to buyers.

“This is the fate of an estimated 4 million cats a year in China, a mixture of stolen pets and urban strays. I have rescued cats from these slaughterhouses myself, and they are utterly grotesque places, often with piles of fur and pet collars thrown in the corner.”