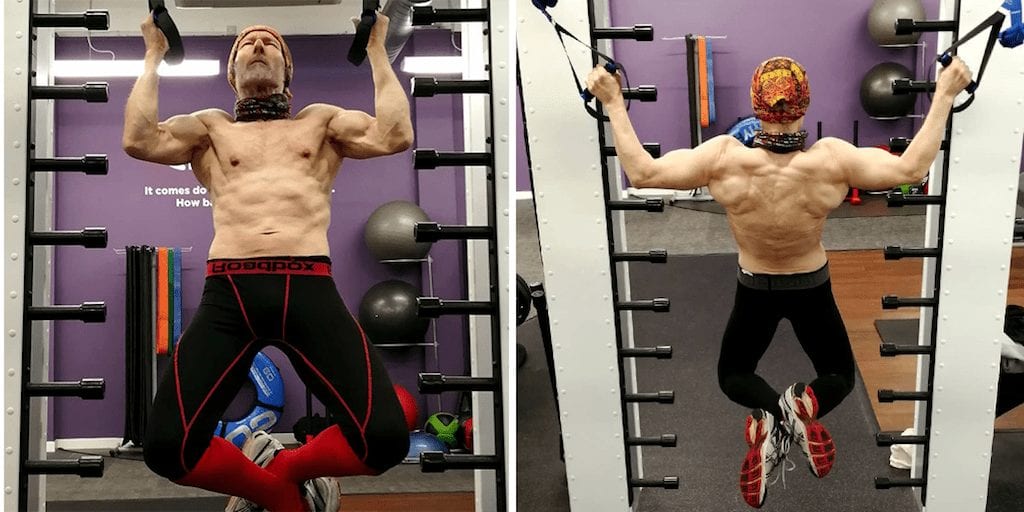 A vegan strength athlete has proved with his fitness levels that eating purely plant food offers “lasting and quite spectacular physical results.”

John Machin, 63, has been a lifelong vegan but was informed as a young child that he had less chances of surviving because of his dietary choices.

However, in his seventh decade of life, Machin continues to exude strength, flexibility and resilience that belies his age.

Machin now uses his experience and knowledge about vegan nutrition to bust myths around plant foods and educate people about the benefits of an animal-free diet.

He has also teamed up with Veganuary to encourage people to try a  31-day plant-based pledge starting January.

“I have a great fondness for people who’ve changed to veganism. It’s a massive change in your life,” states the athlete on the organization’s website.

“I’ve never gone through that, I’ve always been vegan so I think it’s possibly one of the most noble things you can do is to change the habit of a lifetime, all the emotions associated with it, just for the sake of the animals. It’s fantastic.”

Ideal for health and fitness

In a statement to Vegan Food & Living, Machin states: “There’s a belief that vegans must be pale, weak and skinny; I’m hoping to show that the exact opposite can be true. Being 63, I can also demonstrate that a life eating purely plant food offers lasting and quite spectacular physical results.”

However, as a child, Machin was considered a “fussy eater” because he avoided all animal products. He said: “(When) my parents gave me anything from an animal such as meat or dairy, I felt disgusted; I couldn’t even consider eating it. I knew I’d be physically sick.”

“This caused some consternation; and, at the age of five, I was gravely informed by our doctor that, unless I began eating meat and dairy, I wouldn’t live to see the age of ten. I think he got that one slightly wrong.”

“Plant foods are ideal for health and fitness; they’re what we naturally thrive on. Now in my seventh decade, I have never been fitter or healthier. I love the vegan diet and training, and how they make me feel,” he added.

Machin is happy with the rise in veganism and the plethora of options available now making it easier for anyone wanting to switch to a plant-based diet.

“It’s never been easier to be vegan with so many positive health and environmental studies and with such a wealth of fabulous vegan food on the shelves, there are no longer any reasons not to try veganism. Just excuses,” he said.

“Veganism is better for our health, for the human race, for the planet, and – crucially – for our wonderful animals. I don’t preach about veganism anymore; pictures speak louder than words, so I just show people what 63 years of plant foods can do. I hope I’m visual proof that being vegan long-term is beneficial for not just our minds and our bodies, but also for our self-respect as a species.”

Have you been targeted for being a vegan? Share your stories in the comments below!