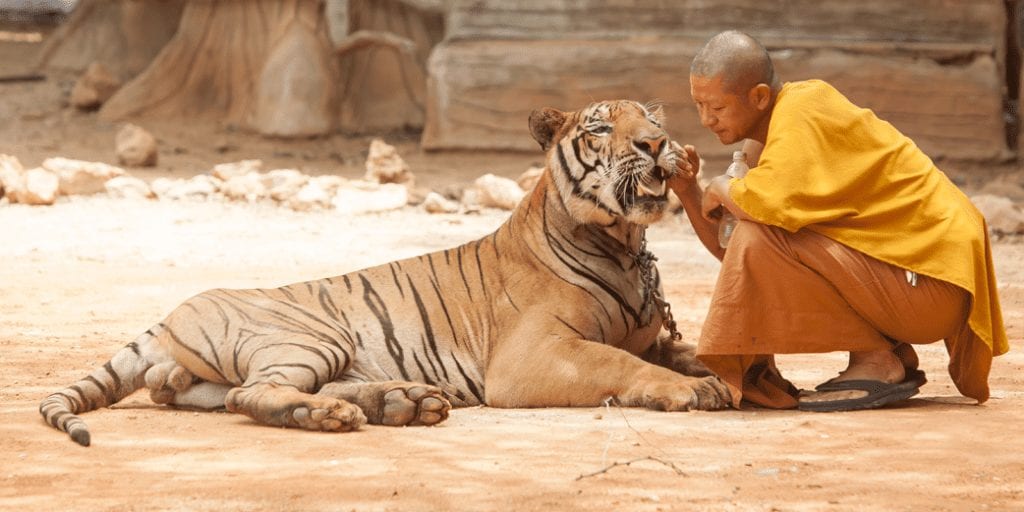 86 tigers who were supposedly rescued from an infamous tourist hotspot in Thailand have died in Government custody.

Authorities announced that only 61 of 147 tigers taken from the Buddhist Tiger Temple have survived.

But their fate has not improved. Officials said the animals were weakened by relocation and had genetic problems from inbreeding.

Many tigers suffered laryngeal paralysis, which prevents them from breathing, while others fell ill with canine distemper, a virus which damages respiratory, gastrointestinal and nervous systems.

But environmentalists have questioned whether the tigers were adequately cared for by authorities after being removed from the temple, which was closed in 2016.

Edwin Wiek, founder of the Wildlife Friends Foundation Thailand (WFFT), explained to the BBC that tigers were being kept in cramped cages. This caused disease to spread at a rapid rate.

He said with adequate space, nutrition and water they would have recovered after leaving the temple.

“To be very honest, who would be ready to take in so many tigers at once?” he said.

“The authorities should have asked for help from outside, but instead insisted on doing all work themselves.”

The Thai Temple charged tourists roughly $16 to enter and visit the tigers, with extra charges to feed or pet animals.

When authorities raided the site in 2016, 40 dead tiger cubs were found in the freezers along with other animal body parts.

The Temple has been accused of unethical breeding and some animal trafficking offences, and many legal cases are ongoing.

Share this article to help expose the reality of animal tourism.