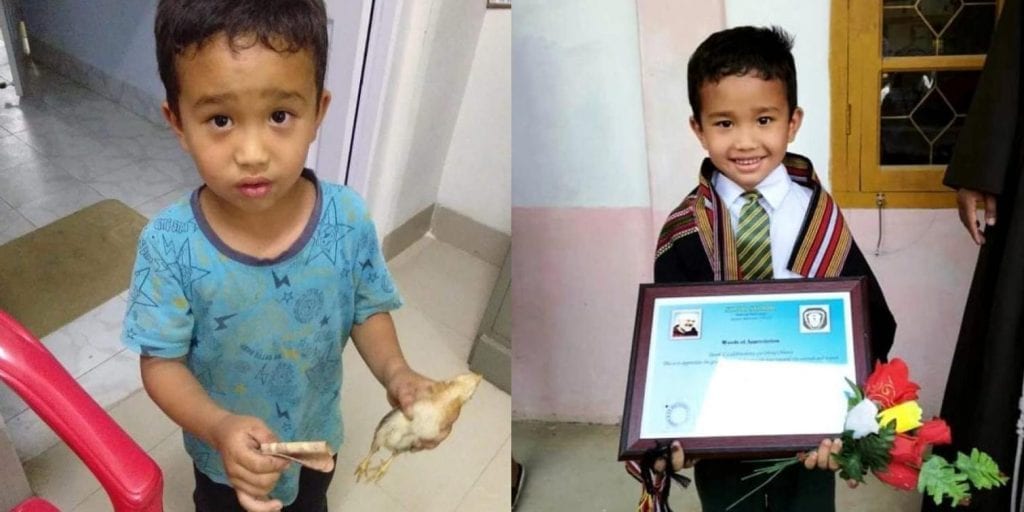 A little boy in India has shown the world how beautiful the relationship between humans and animals can be.

Six-year-old Derek C Lalchhanhima, from the north-western state of Mizoram, has stolen the nation’s heart after his story went viral and hit national newspaper headlines.

The compassionate child was playing on his bike on the streets, just like any other day, when he accidentally ran over his neighbour’s pet chicken.

At such a young age, it perhaps wouldn’t have been surprising if he had kept the incident to himself and left the bird alone to struggle.

But Derek was so overcome with empathy for the chicken that he did all he could to save it.

He rushed the chicken to hospital and offered his money to doctors for their help. Sadly, it seems his attempts were unsuccessful as local news reported the bird died of its injuries.

The nurse at the hospital was so touched by Derek’s gesture, she took his picture and posted the story on Facebook. 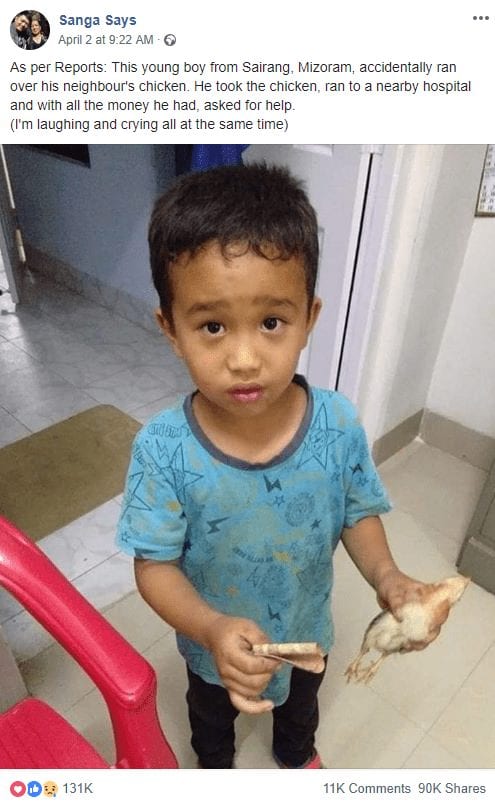 A viral Twitter post explained: “Mizoram, a 6 year old Indian boy mistakenly ran over his neighbors chicken. He took all his pocket money and rushed the already dead chicken to the hospital innocently. The nurse on duty took the picture. There is a popular lesson I always draw out of this type of incidence.”

Since his compassionate actions, the boy has been honoured by his school, and draped in a shawl intended for those who have ‘exemplified extraordinary courage’. 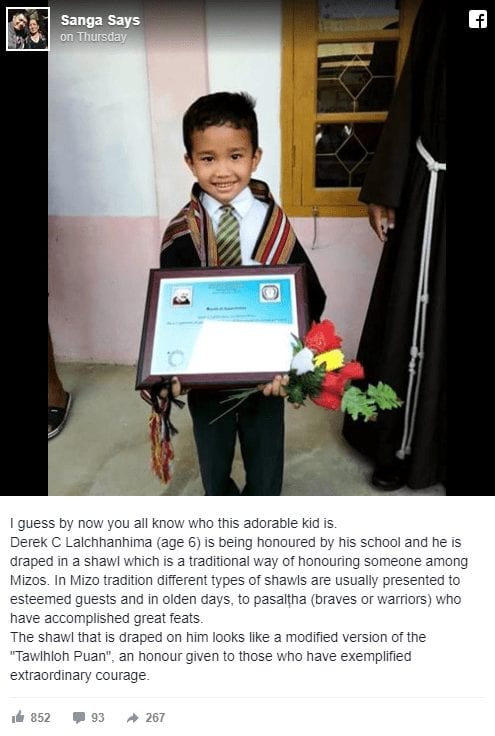 Derek has also become an internet sensation in India and beyond after the post was shared far and wide.

Thousands of social media users praised the boy’s actions, with many feeling a sense of restored faith in humanity. 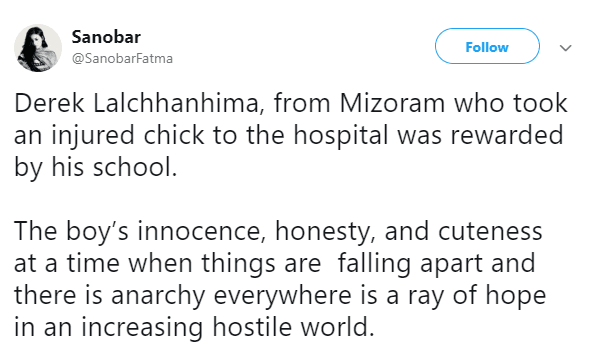 What do you think of the Derek’s act of compassion? Tell us in the comments section below!