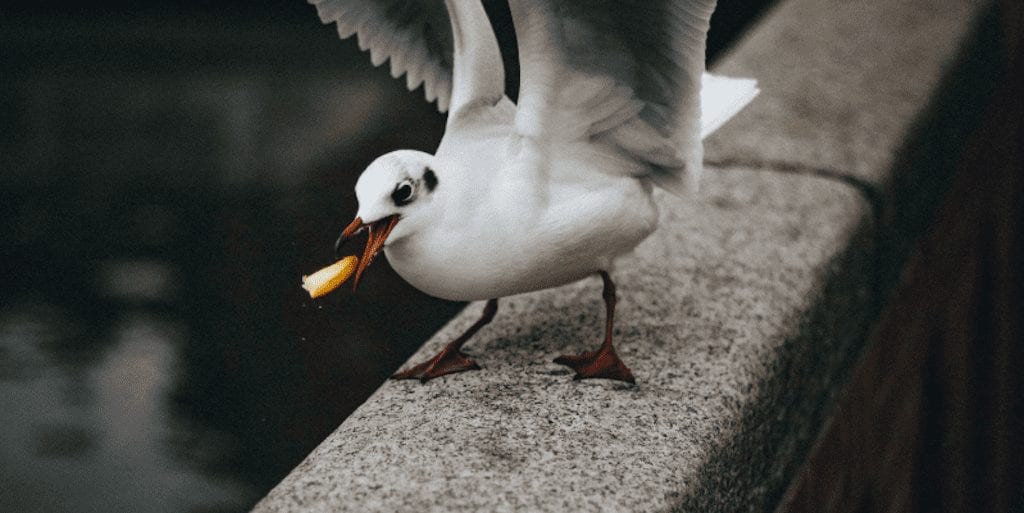 Locals are demanding a seagull cull after a man killed a bird for stealing his chips. Image: Anna Poskakukhina on Unsplash

It was just your run-of-the-mill holiday for John Llewellyn-Jones as he was soaking in the atmosphere of seaside town Weston-Super-Mare in North Somerset, UK.

Last July, as Britain basked in its hottest summer on record, the 64-year-old Welshman was acting just your typical day-tripper likes to – digging into a delicious packet of steaming hot chips.

But a jolly to the seaside quickly turned sour, after a brave seagull dared to steal some his precious chips right out of the packet.

To say that Llewellyn-Jones, of Bishopston Road, Cardiff, was unimpressed would be the understatement of the century.

He reacted by grabbing the seagull and ‘smashing’ the poor animal against a wall, killing it in an instant, the BBC reports.

He denied breaching the Wildlife and Countryside Act 1981 at North Somerset Magistrates’ Court on Tuesday (March 12), but authorities have not taken kindly to the man’s unforgiving behaviour.

The RSPCA was quick to condemn the man’s action, and a spokesman said ‘He cared more for his chips than what he did to the gull’.

“This was an unthinkable and despicable way to treat an animal,” RSPCA inspector Simon Evans said.

“The gull was smashed against a wall by the man… and bystanders, including children, had to look on as the man killed the gull.”

Despite condemnation from authorities and the RSPCA and some animal lovers on Twitter, locals have come out in support of Llewellyn-Jones with many suggesting the birds should be culled.

What do you think of the man’s punishment? Tell us in the comments section below!