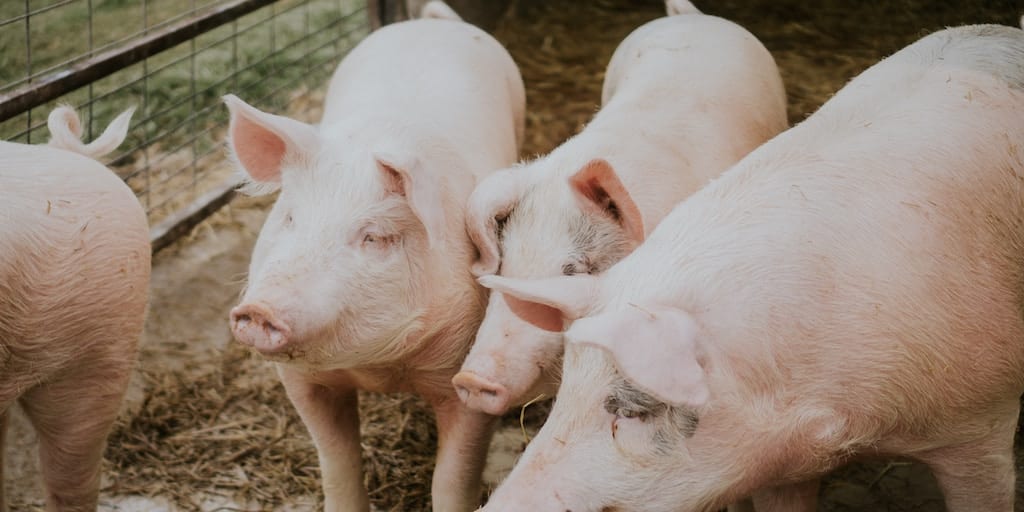 A school has come under fire for plans to slaughter its pigs. Image: Amber Kipp on Unsplash

A primary school has come under fire for plans to slaughter its resident pigs in a bid to teach children about animal welfare.

Farsley Primary School in Leeds, UK has a small farm where children as young as four years old have helped to care for its pigs.

But the pigs are set to be slaughtered this summer under a scheme introduced by headteacher Peter Harris – who is a vegetarian.

The head has explained that his scheme is intended to teach students about animal welfare, but the pigs have not been named and kids have been told they aren’t pets.

He said in a statement: ‘I think that we are raising awareness of the meat industry, and some of the issues around animal welfare and sustainability.

“‘The pigs will live twice as long as commercial pigs and appear to be enjoying their outdoor life with plenty of opportunity to root around.

“Their welfare standards are much higher than most pigs. I don’t think that we are desensitising the children, I suggest that our children will be more knowledgeable and sensitive to animal welfare than most of their peers.”

One student defended her headteacher, saying everyone knew the pigs would be killed from the beginning

She told the Yorkshire Evening Post: “We’re not seeing the slaughter and we don’t have anything to do with it. Most of us are fine with the idea.

“We’ve all learned a lot from this… and Mr Harris is a vegetarian himself. He wants people to make their own choices in life and to know where their food actually comes from. I think that’s important.”

However, the scheme has been met with a backlash from some parents, and one former student has started a petition to save the pigs.

Ix Willow’s petition, which has more than 3,000 signatures, reads: “My main concerns are with the wellbeing of these pigs… and the message that we will be teaching the children at Farsley Farfield that it is okay to exploit and kill animals with the only justification being that people enjoy eating their bodies.

“Pigs are as intelligent as dogs and at least as smart as a three-year-old human child. They are friendly animals that can live for about 12 years or so.

“Schools have a duty of care to support children, teach them fair values and to provide a safe and happy environment for them.

“By teaching children that it is okay to exploit and kill animals they are in breach of this, and this could also be traumatising for children getting to know the animals and then knowing they are going to die.”

What do you think of the school’s scheme? Tell us in the comments section below!