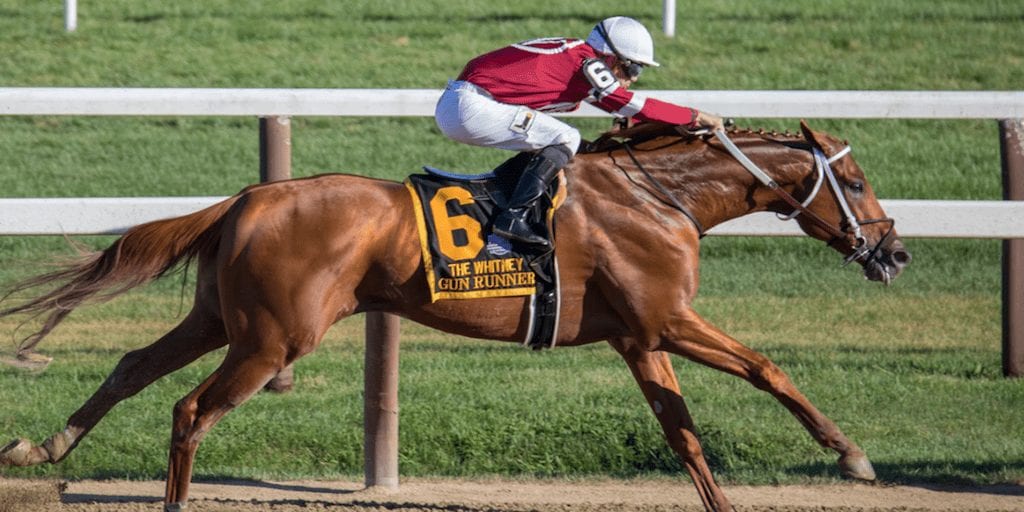 A racetrack has been forced to suspend races indefinitely after 21 horses tragically died at the venue within just 10 weeks.

California’s Santa Anita racetrack will stop racing immediately as officials examine the surface to discover why it was so treacherous for the unfortunate animals.

After a 4-year-old horse died following a training injury, one official said it was ‘one horse too many’, but the venue has hopes to reopen as soon as possible.

Those in charge of the track suggested bad weather conditions may have contributed to the influx in injuries, which often lead to horses being euthanized.

A massive 21 horses have died as recently as December, leading to outcry from animal rights activists.

People for the Ethical Treatment of Animals (PETA) welcomed the decision to close the track, but called for an investigation into why horses were put on the deadly track in the first place.

PETA President Ingrid Newkirk claimed that drugs given to the horses increase the chance of fatal injuries.

She said on Tuesday (March 5): “Today, following the death of yet another horse, Santa Anita has stated that it is closing until further notice. This was the right thing to do.

“The track should remain closed until the California Horse Racing Board dumps the drugs entirely, or injured horses whose soreness is masked by illegally allowed medication will continue to sustain shattered bones.

“PETA renews its call for a criminal investigation into the trainers and veterinarians who may have put injured horses on the track, leading to their deaths.”

Officials at the ground have stated that the key reason for the deaths was the weather conditions.

The track was tested recently and deemed ‘100% ready’ for racing, according to ESPN, but in the following week two horses died.

Santa Anita is seen as a prestigious track and hosts the Breeders’ Cup.

Tim Ritvo, chief operating officer of the company that owns Santa Anita, said in a press release: “The tracks out here are built not for weather like that.

“The safety, health and welfare of the horses and jockeys is our top priority. “While we are confident further testing will confirm the soundness of the track, the decision to close is the right thing to do at this time.”’

Trainer Ron McAnally, whose wife owned one of the unfortunate animals, told ESPN the weather was a big contributor to the problems.

“Santa Anita has been a wonderful track, and they’ve done all kinds of tests. I don’t know what else they could do. It’s a fluky thing,’ he said.’

What do you think of the tragic deaths at Santa Anita? Tell us in the comments section below!