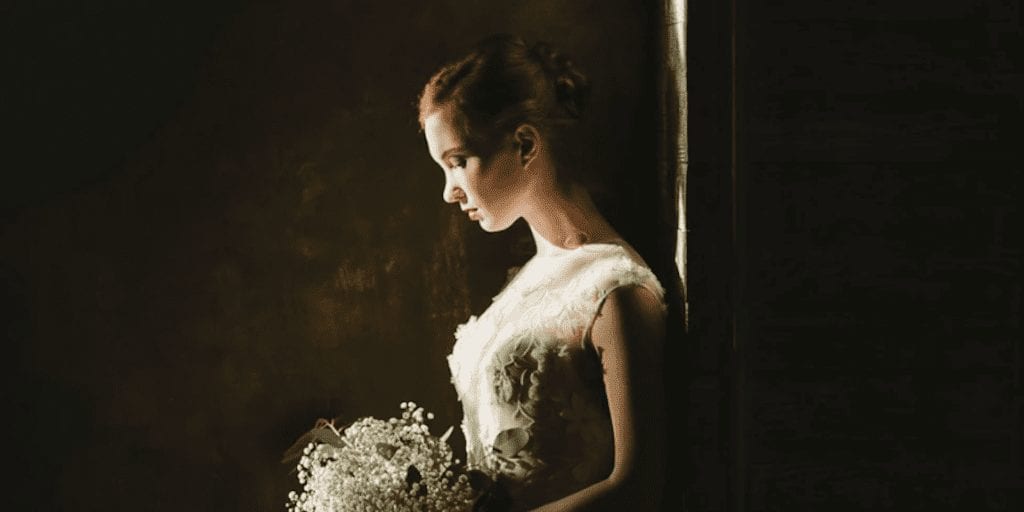 A vegan bride has divided opinion on social media after she banned her meat-eating family from her wedding.

The Australian woman posted her decision on a vegan Facebook group, which attracted hundreds of comments.

The post was quickly deleted, but her decision has now been shared in many vegan Facebook groups and was picked up by news.com.au.

Initial media focused mainly on negative reactions to her post, such as:

“As a vegan, this is messed up, … you can’t go around calling your family murderers!”

“She is out of her mind. I’d be happy to cut her off of my life if I were the family.”

“I totally understand serving vegan food exclusively, that makes sense … but banning people and calling them murderers is just ridiculous.”

“She is out of her mind. I’d be happy to cut her off of my life if I were the family.”

After the response, the bride explained her decision in more detail. 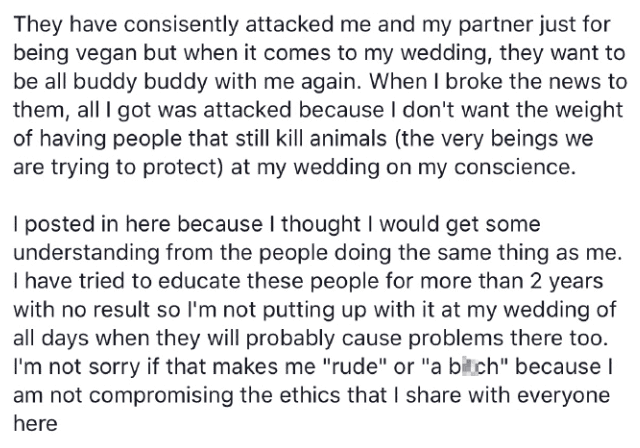 As the story was shared on other vegan Facebook groups, her decision was largely supported. Comments included:

“Those banned family members constantly gave s**t to the bride a her husband for being vegan. And now they want to attend the wedding and possibly give them some more s**t. Totally understandable decision.”

“If they gave her s**t over what she’s going to serve in HER wedding, to the curb with them!”

“Good for her. Why look back at your special day with regrets?”

“People in the article are saying, “this could have been a great opportunity to prove vegan food is good blah blah blah.” It’s her wedding. Let a vegan have at least one special day where we don’t have to prove anything! If she doesn’t want to host animal exploiters, there is absolutely nothing wrong with that.”

“Not harsh! I might do the same if I were in her place.”

Others argued it’s a great time to show off how great vegan food can be:

“I’m having a vegan wedding next year and can’t wait to surprise the omnis with epic vegan food!! It’s an important way to help people warm up to veganism!!”

“I served a vegan menu at my wedding. Nobody complained. But if they couldn’t stomach a vegan meal, they were free to not attend. There is absolutely no way we would compromise our morals for s****y meat eaters.”

What do you think of the bride’s decision? Tell us in the comments section below!