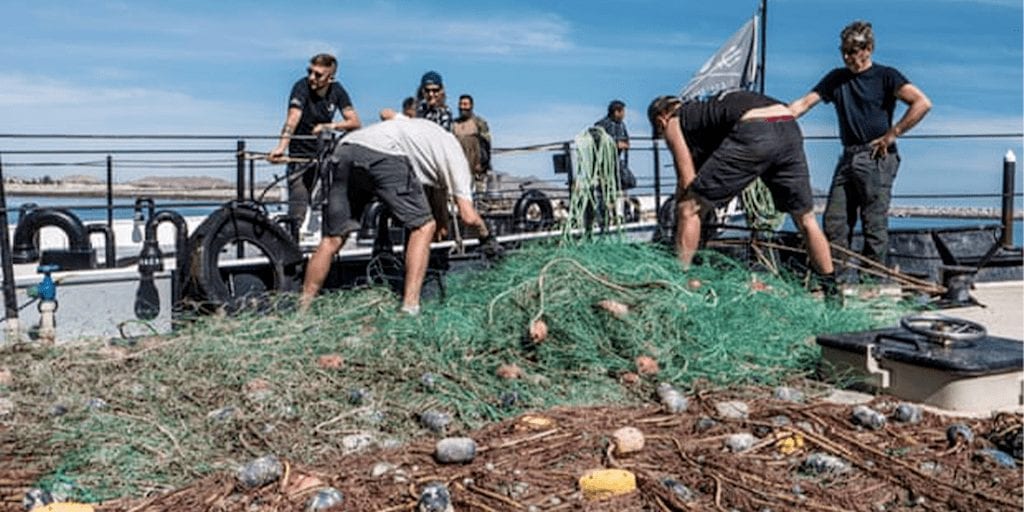 A Greenpeace report has revealed that “ghost gear” is the highest contributor of plastic pollution found in the oceans sabotaging marine life.

According to Greenpeace, more than 640,000 tonnes of fishing gear equivalent to the weight of 55,000 double-decker buses is discarded in the sea every year.

AFP reports that this amounts to more than 2,000 pounds of gear being discarded or lost in the ocean per minute.

One study found that ghost gear contributed to more than 70 percent of plastic waste drifting on the ocean’s surface.

A study of  the ‘Great Pacific Garbage Patch’ reported in the Guardian found fishing gear made up over 85 percent of the plastic rubbish accumulated in the area.

This non-degradable waste causes irreversible damage to the marine habitat, destroying the fauna and fatally harming the aquatic animals.

A Greenpeace marine biologist likened ghost gear to “a zombie in the water”. He said: “Nobody takes out the catch, but it’s still catching.

“Nets and lines can pose a threat to wildlife for years or decades, ensnaring everything from small fish and crustaceans to endangered turtles, seabirds and even whales.”

In 2018, over 300 sea turtles died strangulated with fishing gear off the coast of Oaxaca, Mexico.

Elsewhere, a pregnant whale was found entangled in fishing equipment off the Orkney coast.

According to Greenpeace, illegal, unregulated and unreported fishing coupled with overcrowded fisheries have been major contributors to the problem.

“Poor regulation and slow political progress in creating ocean sanctuaries that are off-limits to industrial fishing allow this problem to exist and persist,” the report added.

Greenpeace concludes in its report: “The world’s governments must take action to protect our global oceans, and hold the under-regulated fishing industry to account for its dangerous waste. This should start with a strong global ocean treaty being agreed at the United Nations next year.”