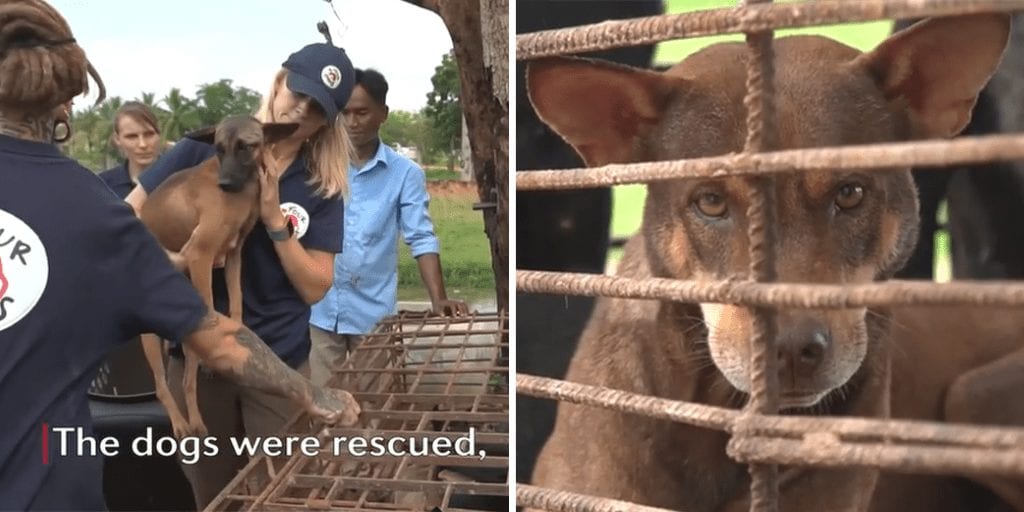 Animal welfare activists have shut down a dog slaughterhouse in Cambodia which killed thousands of pets every year.

Charity Four Paws battles to save dogs from the thriving meat trade, and the organisation is celebrating a major victory.

A large slaughterhouse, which Four Paws estimated killed between 2,000 and 5,000 dogs every year, has closed its doors after the farmer became overcome with guilt about his livelihood.

Vet for Four Paws Dr Katherine Polak discovered the operation by speaking to restaurants which used the slaughterhouse as a supplier.

And she helped shut the operation down after the farmer reached out to Four Paws, asking to help him transition to growing plants.

When Dr Polak discovered the farm in Takeo near Phnom Penh, she discovered a cage filled with dogs beside a dying tree.

She told Yahoo News : “The tree was apparently in full bloom about a year ago, but it’s just been dying from all the blood and urine and faeces.

“There’s a smell, there’s a stench to it, it’s really heartbreaking.

“The farmer would hit them over the head and then put their back legs into the cage.

“So the other dogs would watching this, waiting for their turn.

“And then he stabs them in the throat, allows them to bleed out a bit and then he puts them in a pot of boiling water.”

Four Paws has released shocking imagery obtained from the operation after successfully shutting it down.

Attitudes to the dog meat trade a shifting in south east Asia, as the younger generation in particular increasingly opposes the industry.

The farmer of the slaughter operation in Takeo contacted Four Paws asking for help to get out of the trade.

Last month the charity visited and took away 10 living pups, most of which had been confined to cages, and two of which were the farmer’s pets.

Four Paws then bought a rice paddy for the farmer, who has vowed never to take part in the meat trade again and instead stick to growing plants.

What does the farmer’s change of heart say about the meat industry? Share your thoughts in the comments section below!